Parents would do anything and everything for their kids – and that’s what one poor old woman did when she went to Caloocan, Metro Manila from Trece Martires, Cavite to look for the son she had not seen for 3 years!

She did not have money and even lacked Php10 for the fare on that jeepney ride home but she tried her best to go to the place where she believes her son must be living as it had been the last address she knew but no one there knew him at all.

Netizen Ann Richelle Calalec Fernando shared the old woman’s story on social media in hopes that this could help her find her son, JUNIOR CELIA.

According to Fernando’s account, the old woman had been trying to speak with her during the jeep ride but she ignored this in fear that the old woman was involved in the ‘budol budol gang’ who uses sweet words to trick you into giving them your valuables. 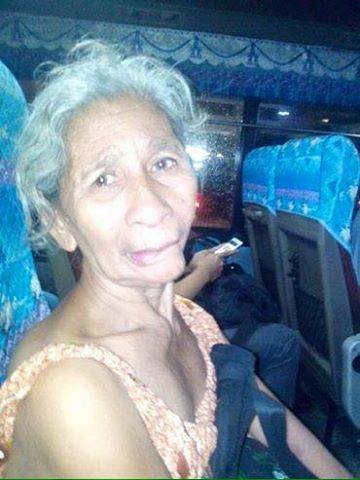 When she realized that the old woman was possibly just someone who truly needed help, Fernando began to listen more intently to her story and even paid for the Php10 the old woman lacked from the fare.

Upon learning the rest of her story and convinced that the woman was genuinely just looking for her son whom she hadn’t seen for 3 years and was not trying to steal her valuables, Fernando gave her more money and asked to take her picture so she could share it on Facebook so that netizens can help look for her son.

As a mother, she admitted that she would do everything to find her son so she could hug and kiss him – and she is not losing hope that one day they would see each other again, despite her search seemingly like finding a very small needle in a very large haystack!

If you have any information regarding JUNIOR CELIA, you can get the old lady’s address from Fernando’s original post here.