TV shows and social media have played a big role in reuniting families with long-lost loved ones. In the case of A. Miggy, he was informed by several friends to watch the show KMJS as they saw his uncanny resemblance to the missing toddler and his family members featured in the show. 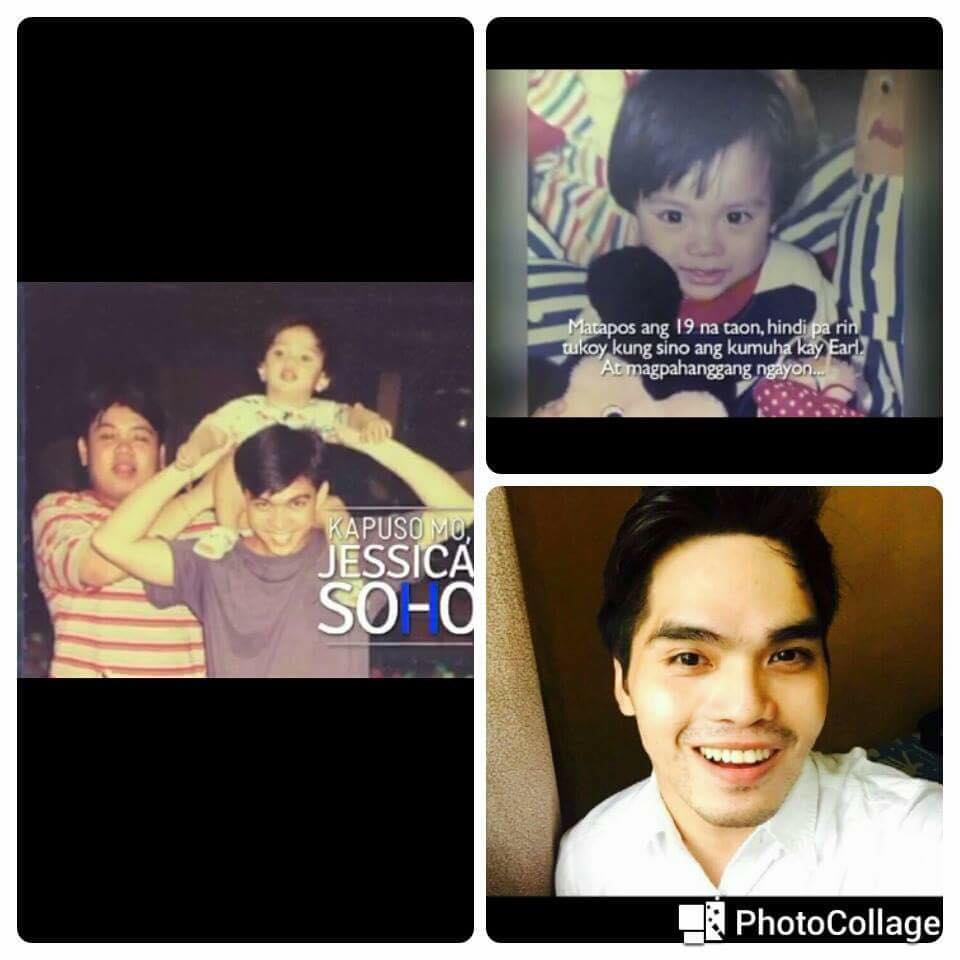 (This might be the most awaited day. Hopefully my hunch is true. It was in 2012 that I learned I was adopted and I’m not ashamed of it. According to the parents I recognize, I was still a child when they found me in a trash can. That’s the only story they have about my identity.)

After seeing several photos of the missing young boy shown in the program, A. Miggy is considering the possibility that he could be the long-lost son of the Dollente’s.

(I was surprised to photos of the child missing for two decades. I was crying and shivering at that time.)

In the KMJS segment, Laurie Dollente and her family sought the help of the public in locating her son Ernest Miguel or “Earl”, who was taken from their home in 1997. They showed several photos of the toddler as well as old photos of his father in his 20’s, who possibly bears a resemblance to Earl now.

For almost twenty years, the family exerted all efforts to find Earl but to no avail. Laurie, who is currently battling stage 4 lung cancer, is hoping that their story could reach her son and finally reunite them.

A. Miggy revealed in his post that he contacted members of the KMJS team as well as the Dollente’s. According to him, he is willing to undergo DNA test if necessary.