Manila, Philippines – A Facebook user’s recent post on social media earned a lot of negative reaction after he said that he found the Licensure Examination for Teacher (LET) to be very ‘easy.’ He also wondered why others are failing the said exam more than 3 times, calling it ‘not normal.’

As anyone can expect, the post garnered flak on Facebook as many netizens quickly expressed disapproval about the guy’s rude comments.

In his post, the man boasted he got a score of 83 even if he didn’t review much. He wrote: 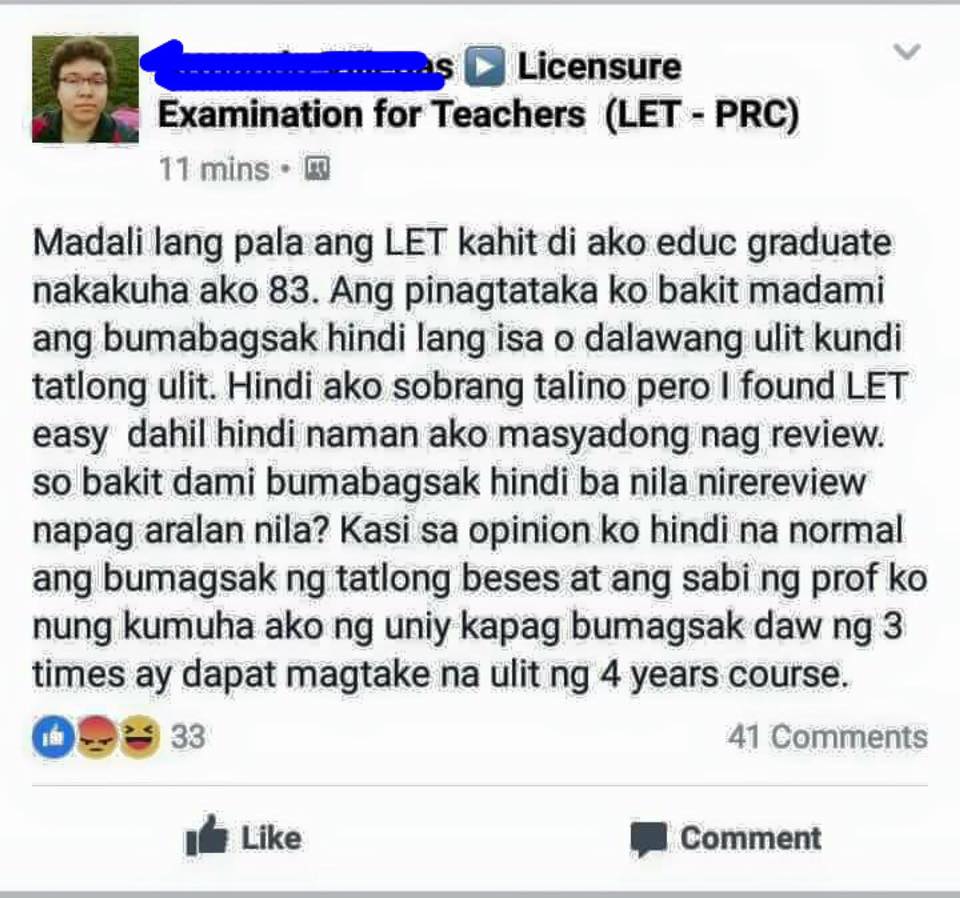 He even went as far as sharing his professor’s advice who said that those who failed for more than 3 times should just take another 4-year course.

No less than Carl E. Balita, known to many as the country’s ‘ultimate reviewer’, took the opportunity to comment about the matter. 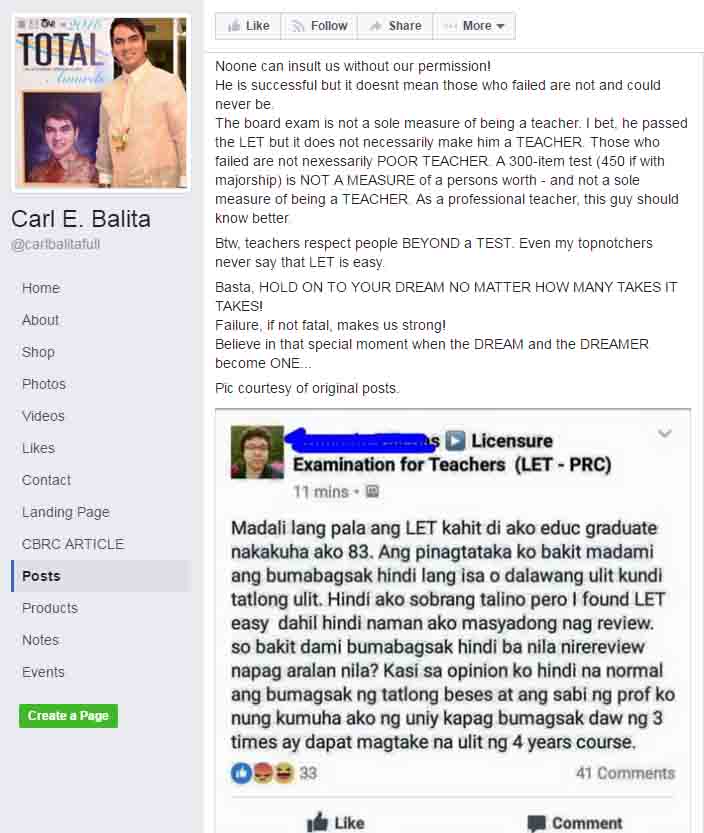 In a Facebook post where he shared the screen captured image of the LET passer, Mr. Balita said:

“No one can insult us without our permission!

“He is successful but it doesnt mean those who failed are not and could never be.

“Btw, teachers respect people BEYOND a TEST. Even my topnotchers never say that LET is easy.

“Basta, HOLD ON TO YOUR DREAM NO MATTER HOW MANY TAKES IT TAKES!

“Failure, if not fatal, makes us strong!

How Do I Pass The LET Exams?

According to PRCBoard.com, the Licensure Exam for Teachers (LET) “are scheduled twice a year to cater the growing number of aspiring registered professional teachers for both elementary and secondary levels.”

“To pass the exam, an examinee must obtain an average rating of not less than 75% and must have no rating of lower than 50% in any of the test.

“Generally, the coverage for exam for elementary covers topics from General Education (GenEd) 40% and Professional Education (ProfEd) 60%, while in secondary level, GenEd 20%, ProfEd 40% and area of specialization 40%.”