MANILA, Philippines-Unlike other politicians and lawmakers, President Rodrigo Duterte prefers to keep things simple when it comes to the fashion department. During his meeting with United States Secretary of State John Kerry on Wednesday, July 27, Duterte decided to ditch designer shoes and wear a custom-made boots created by a Markina shoe craftsman.

The caramel brogue-style boots was crafted by Rolando de Guzman Santos, a shoemaker from Marikina City who has been in the Philippine footwear business for 54 years. Lolo Rolando, 68, was only 11 when he started designing and making shoes. At the age of 14, he started his career as a professional shoemaker. 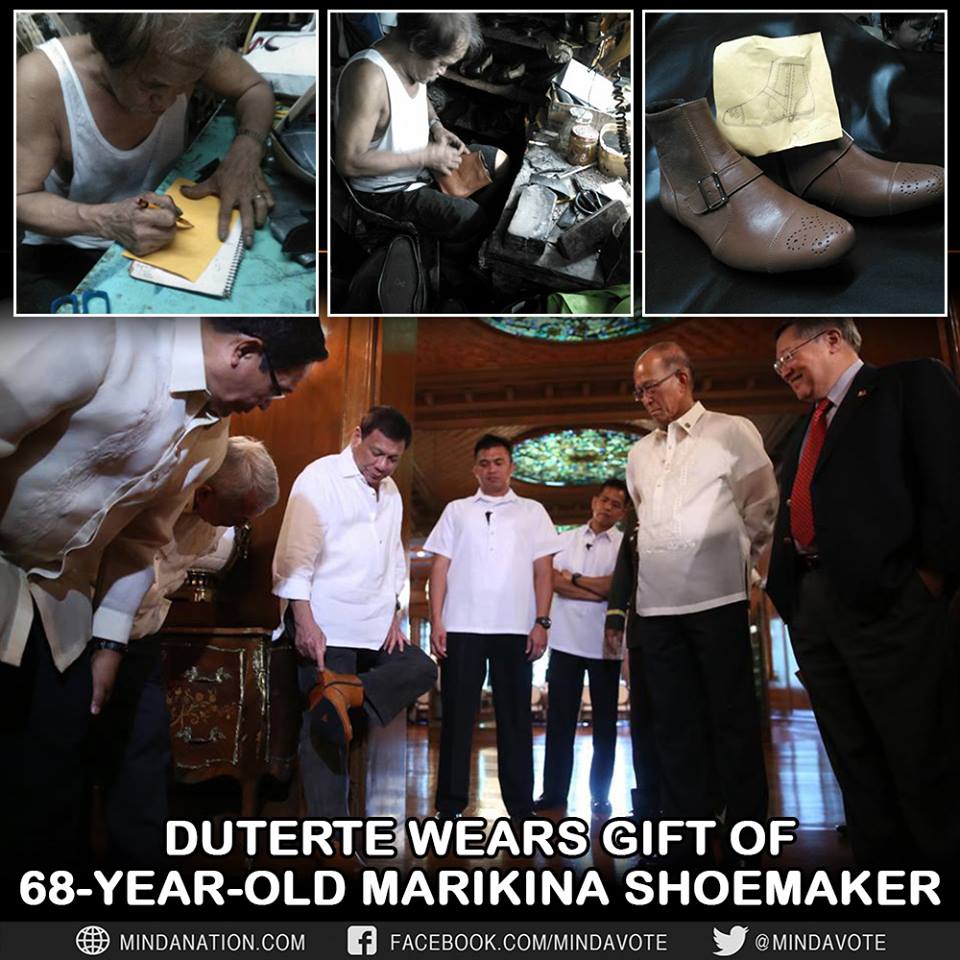 Lolo Rolando decided to give the 71-year-old president the pair of shoes as a token of admiration for Duterte’s boldness, humility and authenticity. It took him two days to actually finish his labor of love.

The pair of shoes was also Lolo Rolando’s way of appealing to Duterte to help bring back the Marikina shoe industry, the shoe capital of the country, to its former glory.

His daughter, Rosemarie, posted photos of Lolo Rolando of making the shoes on her Facebook page in the hopes that the post would reach Duterte. She was able to contact Boni Adaza of Davao City’s Chardin fashion house, which was responsible for tailoring barongs for the president’s oathtaking.

However, the pair of shoes wasn’t worn by Duterte during his oathtaking as its color didn’t suit the president’s pants and needed a stopper. But a few weeks later, Duterte was seen proudly showing members of his Cabinet Lolo Rolando’s labor of love.

Marikina: The Shoe Capital of the Philippines

Known for world class shoes with undeniable craftsmanship, Marikina City is recognized as the shoe capital of the Philippines. During its glory days, most the shoes manufactured in the Philippines were created by craftsmen in Marikina.