A young couple from Wray, Colorado had no idea that their prom photo would make rounds in the internet, according to a report by Opposing Views.

Apparently, Ali Marintzer and her boyfriend Charlie Bator’s photo taken on May 7 caught international attention because of its dramatic backdrop. The photo posted on Facebook shows the smiling couple posing as a massive tornado visibly forms in the background. 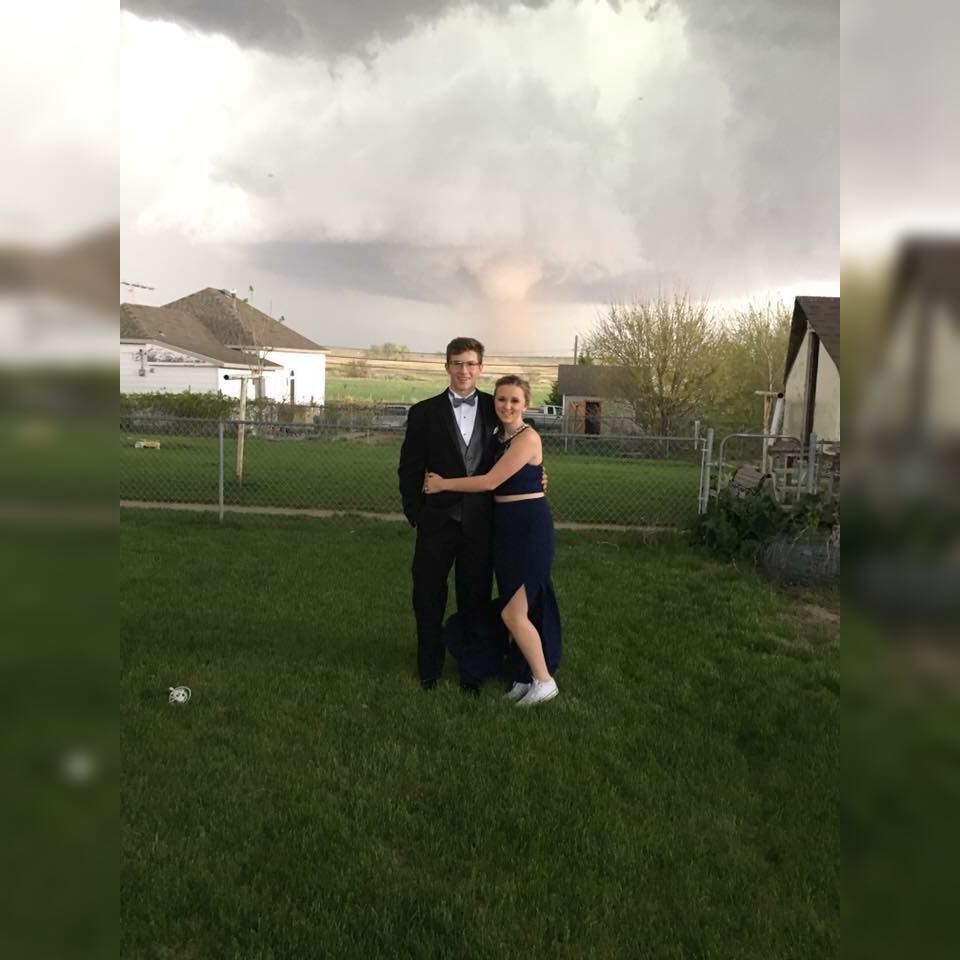 Confident that the tornado was approximately three miles away from their home, Marintzer’s mother Heidi quickly snapped the couple’s photo. Later on, Marintzer also took a Snapchat selfie with the tornado. 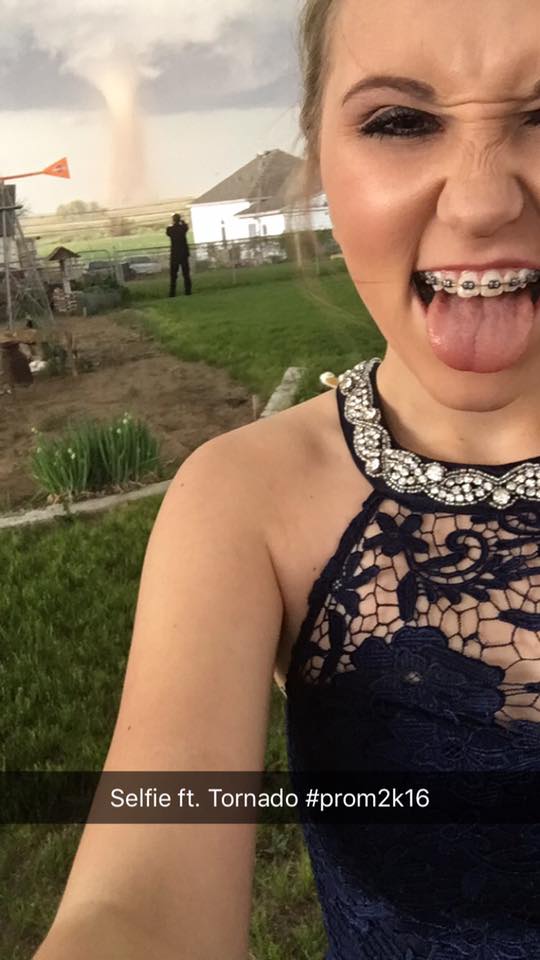 In the caption of the photo, she wrote: “Selfie ft. Tornado #prom2k16.”

The twister, which was half a mile in width, hit north of the town of Wray at about 6pm on Saturday. It resulted to minor injuries of five people.

Still, Wray High School, which Marintzer attends, decided not to cancel the prom. However, it delayed the start by around 45 minutes to ensure everyone arrives safely.

What is a Tornado?

According to ready.gov, tornadoes are considered the nature’s most violent storms that can cause deaths and damage a neighborhood in a matter of seconds.

It appears as a rotating funnel-shaped cloud which extends from thunderstorm to the ground with winds that can reach up to 300 miles per hour. Tornadoes can damage paths in excess of 50 miles long and one mile wide. While some tornadoes are clearly visible, others can be hidden by rain or nearby low-hanging clouds.

In the U.S., it is recommended to build a safe room in several places in your home to provide high level of protection and shelter for your family when there is a tornado.

It is usually built in the basement, in interior room on the first floor, on a garage, or on top of a concrete slab-on-grad foundation.