When the 33-year-old account executive informed the management of McDonald’s Holborn branch about the situation, he was offered £15 in vouchers as compensation.

Disgusted by the response of McDonald’s management, he decided to post photos of the McDonald’s burger on his Facebook account and wrote: “So I was served this burger at McDonald’s in Holborn. Look at the mould on the bun…Having complained, they sent me £15 vouchers.” 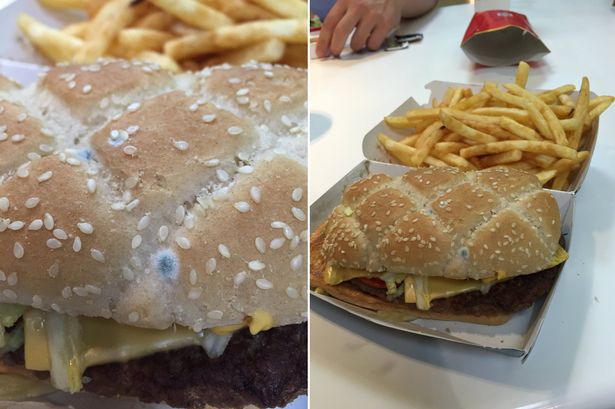 “I said to them that I would go viral with the pictures, so here we go….I wonder how the power of social media could affect them?” he added.

Meanwhile, a spokesperson from McDonald’s said that they are currently conducting investigation on the said incident.

“As soon as we were alerted to this incident on 4 June we apologised to Mr Porter, reimbursed him, and launched a full investigation,” the spokesperson said.

Earlier this month, KFC made headlines after being accused of serving a deep fried rat instead of chicken to a customer from Watss California. The hair-raising story quickly spread like wildfire on the Internet scaring KFC customers all over the world.

Apparently, the claim of Devorise Dixon turned out to be a total lie. KFC ordered the DNA test of the controversial meat served. Results confirmed that it was indeed chicken and that the fast food chain did not serve rodent meat.

A spokesperson for KFC revealed that the company is reviewing all their options whether the company will file a case against Dixon.