For social media personality Mikaela Long, Halloween came early when she decided to babysit her young niece one evening. What the aunt saw on the baby monitor looks like a scene straight out of the horror movie Paranormal Activity.

Apparently, Long was babysitting her niece for the first time when she saw her performing a peculiar nighttime aerobics while sleeping. Long caught her niece standing on the head with legs arched over the bars of the bed, something a child wouldn’t normally do at night unless she’s into yoga. 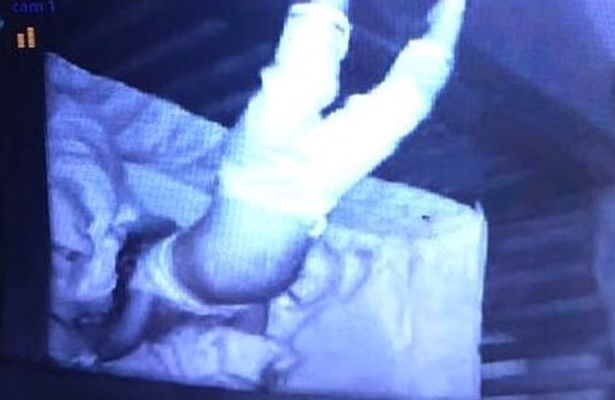 With over 23,000 followers on Twitter, Long tweeted a photo of her niece’s strange nocturnal habit that has since gone viral.

“This is my first time babysitting and idk where I went wrong but my niece is currently asleep on her head. Do I call the parents or the exorcist,” she wrote on her post.

In an interview with BuzzFeed News, the child’s mother, who refused to be named, confirmed that her daughter had been doing some strange poses while sleeping lately.

“She’s been quite acrobatic lately,” she explained.

While the idea that her daughter sleeping on her head also baffles the mother as much as it freaks everyone out, she believes that there’s no reason to worry as the pose isn’t dangerous.

“I think it’s just her settling down and getting comfortable,” the mother said.

What is a paranormal activity?

A paranormal activity or event is a phenomenon whose existence is described to lie beyond normal experience or scientific explanation. Popular paranormal beliefs include those involving ghosts, psychic abilities, unidentified flying objects, extraterrestrial life, cryptids as well as extrasensory perception.

American horror film Paranormal Activity, which features supernatural presence in the home of a young couple, was released in the US in 2009. The success of the film led to the creation of six sequel films.