It’s amazing how a 15-second video of a woman moving some crabs from a basin on the kitchen table to a sink using her bare hands would go viral – and we suspect it has something more to do with her outfit than the fact that she was handling those crabs with just her hands! What do you think?

In the video shared by Spearfishing Mania on Facebook, a rather well-endowed woman wearing a spaghetti-strapped dress could be seen holding the crabs with her bare hands – and the crabs were alive, mind you! One of the creatures even tried to take a nip on her arms using its pincers but this lady was quite fast.

She did wince a bit from the bite but was back to moving the crabs again. But the video abruptly stops even if she still wasn’t finished moving all those crabs from the basin, leading to some guys complaining why the clip was too short when she wasn’t done with the task yet. 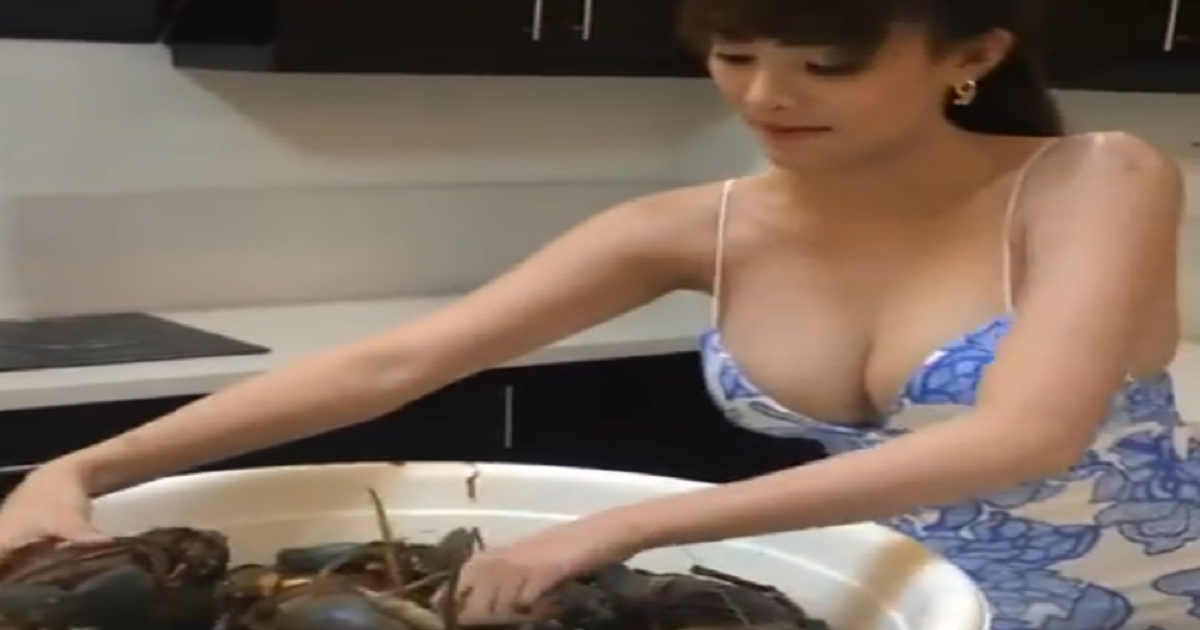 Others joked that they didn’t even notice she was moving those crabs! LOL. You, guys, are quite hilarious!

Anyway, the short video was shared by the page last February 23 but, amazingly, it has already gained over 4.9 million views just a week later! Can you believe that?

Who watches women move things from the kitchen table to the sink, anyway? Well, the answer is really none if she wasn’t wearing that outfit!

But some netizens couldn’t help but wonder whether this girl was for real, putting out the possibility that she’s from Thailand and was not actually a real girl but a ladyboy! Oooops.

What do you think? Could she be a ladyboy with fake assets?