Home
Entertainment
VIDEO: Stabbed Adamson Student Asks for Help, Dies after No One Helps Him

MANILA, Philippines-Nick Russell Oniot, the architecture student from Adamson University who died in a stabbing incident, was spotted asking for help as he was fighting for his life in a CCTV footage released by authorities.

The CCTV footage of the incident, that  took place at around 10pm on Friday, October 14 along a street in Taguig City, showed that Oniot was walking alone in the dark street when two suspects attempted to grab his bag. However, Oniot refused to give his belongings prompting one of the suspects to stab him 18 times. 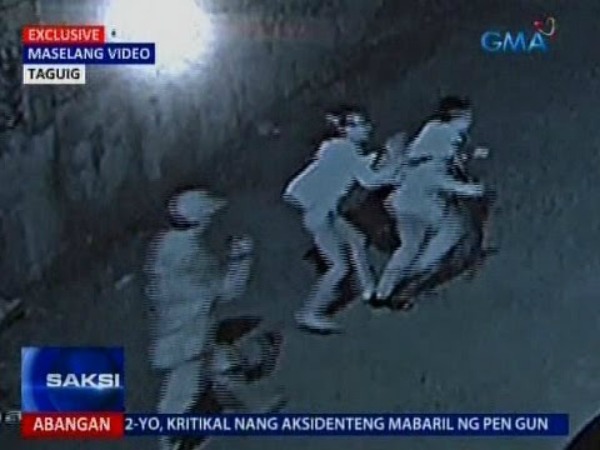 The video showed that Oniot was still holding his bag when the suspects hurriedly left the scene. A very weak Oniot tried to get help from motorists around the area, but unfortunately no one stopped to help him.

After Oniot collapsed on the road, several bystanders took a look at him, but none gave him the help he needed.

Oniot’s father, in his interview with Saksi, lamented the fact that no one helped his son while he was fighting for his life.

The suspects were later identified as Ricardo Clave and Marvin Bernardo, who stabbed Oniot multiple times, through the CCTV footage. Apparently, Bernardo was shot and killed by authorities after he tried to grab the policeman’s gun while being arrested.

How to Help a Stab Victim?

Stab victims need immediate treatment as it just takes minutes to bleed to death. Here are some things you can do to help a stab victim.