In many Asian countries like the Philippines and India, a lot of families own motorcycles. Because they could not afford to buy a car for the whole family, they cope by fitting in several people on one motorcycle.

While the result is economical, it does have dangerous consequences – mostly because motorcycles are just designed for two riders!

A video has gone viral showing one of the dangerous consequences of riding a motorcycle with a baby in tow. The clip, believed to have originated in India, shows the jaw-dropping rescue mission done to pull a baby out of the motorcycle rims!

For sure, the first question in everyone’s mind was, “How did that baby get inside those rims, anyway?” 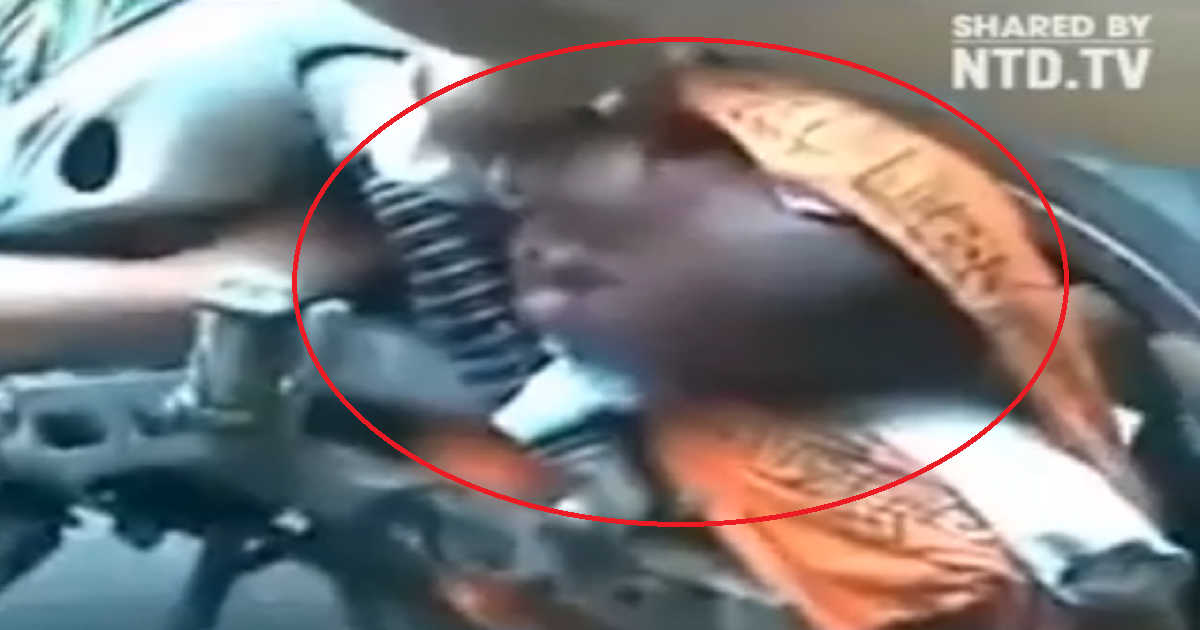 While that was not explained in the video, several netizens have deduced that the baby was wrapped in a blanket by its mother. While the two were riding the motorcycle, part of the cloth got caught by the back wheel – and the baby was dragged inside!

Several people worked hard to save the child and get it out of the rims, working against the clock for the child was already distressed by the situation and it was also quite likely that the motorcycle felt hot on its skin.

Thankfully, after a few minutes the baby was finally gotten out of the rims. We hope it was rushed to the hospital and was safe as no further details were posted with the video.

Watch the video of the rescue mission here:

What are Swaddling Clothes?

Swaddling clothes are pieces of cloth or blanket that are used to wrap a newborn baby to restrict its movements and keep it quiet. This practice fell out of favor since the 17th century because the tight bands keep the baby from moving and could lead to medical problems like increased risk of developmental dysplasia of the hip as well as sudden infant death syndrome (SIDS).