Alligators are apex predators – that means that they don’t really have natural predators to eat them in the wild. But it turned out they can actually eat each other! That’s proven by the viral video of a massive alligator eating a smaller (but 6-ft!) one. Scary, huh?

Most people have no idea that as apex predators, alligators only have bigger alligators as their main predators.

A family living in Horry County, South Carolina, is witness to this.

Soper explained that his father and the rest of the family are actually fond of watching the alligators living in the area, but from a safe distance, of course.

It was near this spot that his father had seen the smaller alligator, that was actually 6-foot long, eating a smaller one just a week ago. Apparently, that’s a common sight in the area. 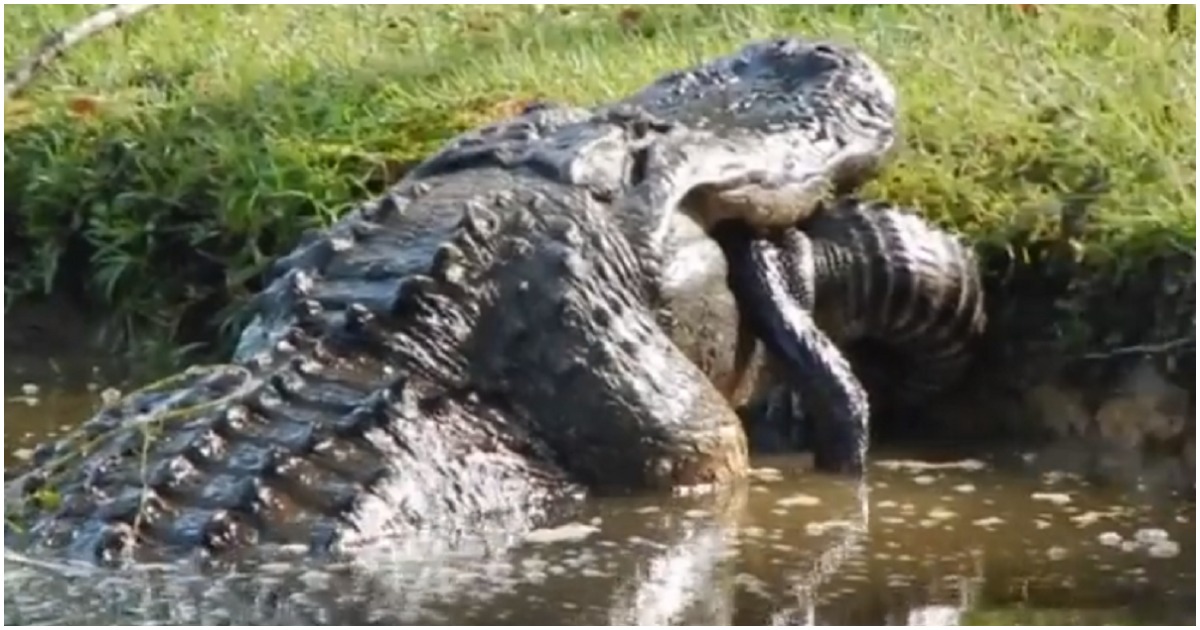 But nothing prepared Soper’s dad from the exhilarating sight of witnessing the massive alligator eat this 6-foot long one! So, he grabbed his camera and started filming because he wanted to show it to his family. He was alone at the time.

“I was absolutely blown away. It’s a freaking dinosaur!” Soper’s dad exclaimed.

But he’s not the only one impressed by this huge alligator. In less than a week, the video has already been watched close to 5 million times on Twitter.

After the video went viral, concerned netizens offered unsolicited advice for Soper to move his parents away from that area. After all, if that dinosaur of an alligator could easily eat another one of its kind, they think that it might soon find other prey in the area – and people could be its next target!

This happened in my parents backyard today… The snack is a 6ft gator #lowcountrylivin pic.twitter.com/O7Omsw42uL

What Do Alligators Eat?

Alligators are characterized as “opportunistic feeders.” That means that they eat whatever is on hand – so, their diets could include fish, amphibians, snakes, turtles, birds, and small mammals.

Despite being larger and stronger than humans, there have been fewer reports of alligators actually preying on people, even in areas with dense human settlements.