Despite being aware and alert of the different modus operandi that is happening around us, still we cannot say we are safe until we are the one in the victim’s shoes.

This is true for one passenger who was being preyed by the ‘Dura’ (spit)  gang.

According to netizen Zendrix Habs Decena who posted an actual video of an incident he witnessed on his Facebook account, three men rode a public jeepney along Kalayaan corner Pasong Tamo in Makati City. Each of them sat on different seats.

Though he was not able to capture the whole scene, he described in the caption that one of the members of the gang told their ‘victim’ that someone spat on him, which is impossible as the victim was seated at the corner of the vehicle. The man then asked the driver for a piece of cloth and wiped the victim’s right shoulder.

While the passenger’s attention was on his shoulder, he was not aware that an accomplice, who was seated beside him, was taking his belongings! 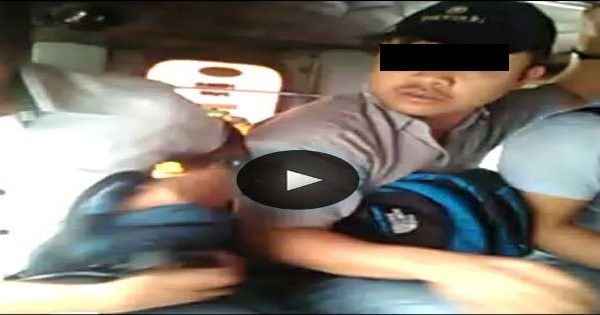 When they reached Pililia St., the man who was wiping him stopped the jeepney, saying he overlooked his stop.

That’s also the time the victim noticed that his phone was missing.

He added in his comment section that he took the video thinking that the passengers were just joking the victim.

The netizen also said that the unit of the phone was Asus.

Though they tried to chase the man, he quickly got in a taxi. He also said that they already reported the incident at Barangay Valenzuela.