Filipinos LOVE to eat balut! Never mind that this dish looks weird to foreigners because it is, by far, one of the best street foods the Pinoys have ever discovered.

Balut is so popular that you can buy this exotic treat just about anywhere in the country, whether in the busy urban streets of Metro Manila or in the bucolic setting of rural barangays in the province.

Do you eat balut?

In another brilliant video, “Pinoy Boy” Mikey Bustos created a parody of Nicki Minaj’s “Anaconda”. He calls the song as “I Love to Eat Balut”. Just as the title implies, the song was primarily about balut and the common reasons why this exotic food is especially popular with Pinoy guys. 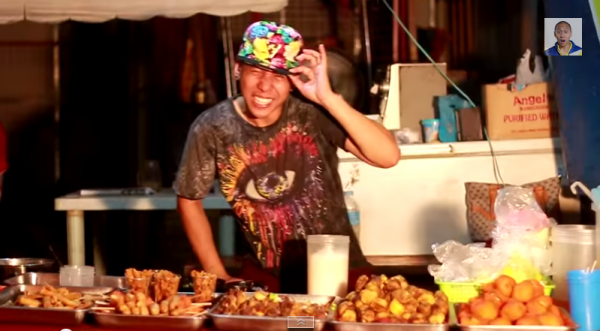 As with his previous parody videos, Mikey is able to match the new song’s lyrics and rhythm with the original song. The theme of the video was also similar to that of Nicki’s “Anaconda”, complete with dancers shaking to the beat.

Watch “I Love to Eat Balut” by Mikey Bustos here:

As explained by Mikey in the video, balut is made of duck eggs. Inside this cooked delicacy is a baby duck whose size depends on how many days old the duck is before it was cooked.

Although very popular among Filipinos, balut is considered by many foreigners as weird and horrific; because of this, Pinoys enjoying daring their foreign friends to eat balut.

The “weird” nature of balut, especially the fact that you have to eat the baby duck inside, often brings this delicacy to the list of the world’s weirdest foods. However, instead of protesting the “weird” label, most Pinoys shrug this off as something they can’t control – saying something like: let those foreigners complain about balut being weird because it certainly is delicious and great to eat.

Well, let the whole world squirm while you eat balut because it defines the Filipinos’ uniqueness.

So, do you eat balut?