Home
News
News & Culture
VIDEO: Here’s the Surprising Reason Why Duterte Has a Tattoo on His Hand

MANILA, Philippines- In case you didn’t notice, President Rodrigo Duterte has a small tattoo on his right hand just below his thumb. Although it’s strange for a head of state to get inked, the tiny tattoo has a historical context that may explain the 71-year-old politician’s recent decisions.

Based on the research conducted by investigative journalist Raissa Robles, Duterte isn’t the only one who has that tattoo. His former schoolmate and presidential peace adviser Jesus Dureza also sports the same tattoo. 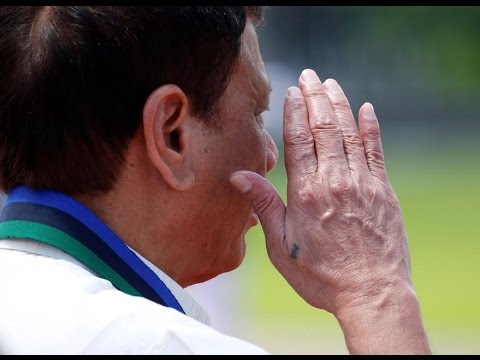 In Robles’ interview with Dureza for the South China Morning Post, Dureza disclosed that the tattoo is the mark of the “Magic Group” of the Guardians Brotherhood  Organization. Speaking to Robles, Dureza revealed that the fraternal group started out as military group but later on recruited civilian members. Dureza, however, didn’t know when exactly Duterte officially entered the group.

“We are members of Guardians Brotherhood. It’s a fraternal group of people. It started as a military fraternal group. Then they got also civilians as members,”  Dureza said.

On its website, it is stated that the Guardians Brotherhood Organization was founded in 1976 and was first known as the “Diablo Squad”, which stands for D-Dauntless, I-Ingenous, A-Advocator, B-Banner, L-Liberty and O-Oneness. Following the order of General Fabian Ver, the group was disbanded.

It didn’t take long before former members decided to formally register the group to the Securities and Exchange Commission as a “self-help group to improve soldiers’ welfare”. A group comprised of mostly lawyers was added to the group.

In Robles’ research, she also discovered that the group has been involved in almost all coup attempts beginning July 1986, based on the findings of a fact-finding group led by former chief justice Hilario Davide Jr.

The investigation also found that the group was pro-Marcos and heavily anti-communist.

This could be the reason why Duterte has openly referred to Marcos as the “best president” during his campaign and even promised to give him a hero’s burial next month.