Every Christmas season, companies take the opportunity to promotes their brand by releasing heart-tugging and tearjerking Christmas advertisements to capture customers’ attention and sell more. This year, Heathrow airport decided to join the bandwagon with its first ever Christmas campaign titled: “Coming home – the greatest gift of all”.

The heartwarming Christmas ad tells the story of Mr. and Mrs. Bair, two ageing yet adorable teddy bears coming to London see their family at Christmas. In the ad, the elderly teddy bears face the challenge of travelling through the busy airport to meet their waiting family. 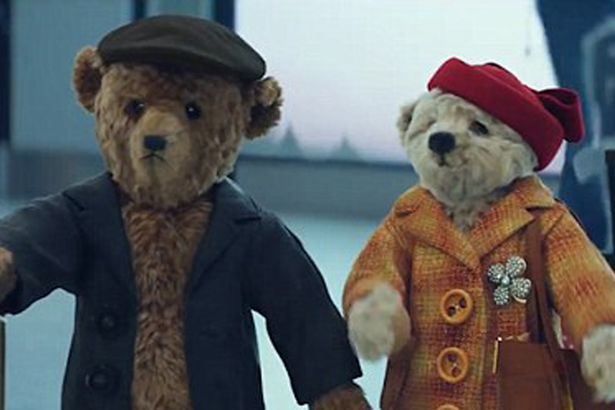 The couple struggled to pull their luggage as they make their way back through familiar places in the airport. But with the help of accommodating airport staff, the old lovebirds somehow made it through the crowded airport and even managed to get last minute gifts from the airport shops before finally getting into arrivals where they scan the waiting crowds.

Towards the end of the video, the bears spot their two excited grandkids and magically transform into humans as they hug their youngsters.

Chas and Dave’s ballad “I’m Coming Back” was aptly used as the soundtrack of the ad created by French firm Havas. It was released on YouTube and social media channels this week just in time for the airport’s 70th anniversary. As of this writing, the video has amassed almost 3 million views on YouTube.

Jonathan Coen, the ad’s commercial director told Mirror UK: “We love the film and hope the bears’ journey through the airport captures that excitement you feel when walking through Heathrow arrivals into the arms of your loved ones at Christmas.”

What is Heathrow Airport?

Considered as the second busiest airport in the world, Heathrow Airport is a major international airport in in Hillingdon, London, in the United Kingdom. In 2015, it accommodated 75 million passengers.