MANILA, Philippines- Two video clips showing an extremely annoyed customer at a Starbucks branch have spread like wildfire on social media after a certain Rye Sy posted them on his Facebook page. As of this writing, the viral videos have amassed almost 30,000 shares and 23,000 reactions.

Sy clarified in the caption of the video that he wasn’t the one who captured the videos. 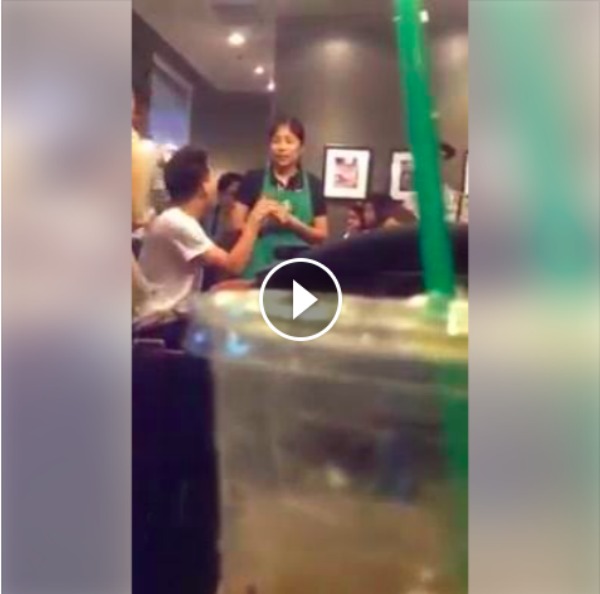 In the second part of the video, the customer can be heard exclaiming ““Don’t play words, don’t play games to me. I was not born yesterday”. Despite the Starbucks employees efforts to resolve the problem, she was asked by the angry customer to leave.

Netizens have identified the enraged customer as Devaugn Melou Darilag, who allegedly  answered back his bashers in a series of posts on his Facebook page. However, these reported posts can no longer be seen on his page. 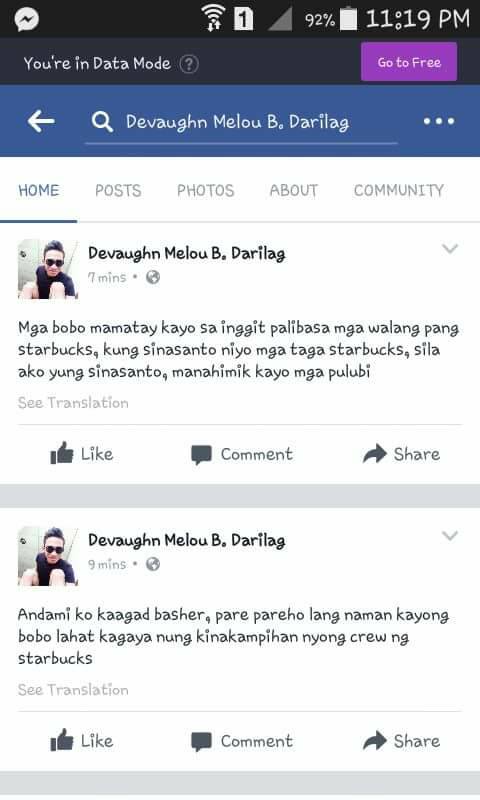 Early this year, Starbucks Addition Hills branch in Mandaluyong City was involved in a controversy after a female customer claimed to have found a dead mouse inside her drink. The customer identified as “Jessa” reported the incident to Mandaluyong PNP.

However, netizens didn’t buy the customer’s story and accused Jessa of trying to extort money from Starbucks.