A piglet in Bacarra, Ilocos Norte in the Philippines has gone viral after it figured in a video where it could be seen balancing on its two front legs as it tries to walk in the farm. The animal definitely shows amazing balance! Although we are concerned how it would be able to walk if it gets bigger…

The clip was originally shared by Dennis Gabriel Alipio and was picked up by Facebook page Netizens where it had since gone viral.

In the video, the piglet could be seen struggling as it begins to stand up on its front legs. Although it was struggling, the piglet did not give up. Instead, when it appears that it was about to be outbalanced, it doubled its efforts so it could walk! That’s amazing determination it shows right there! 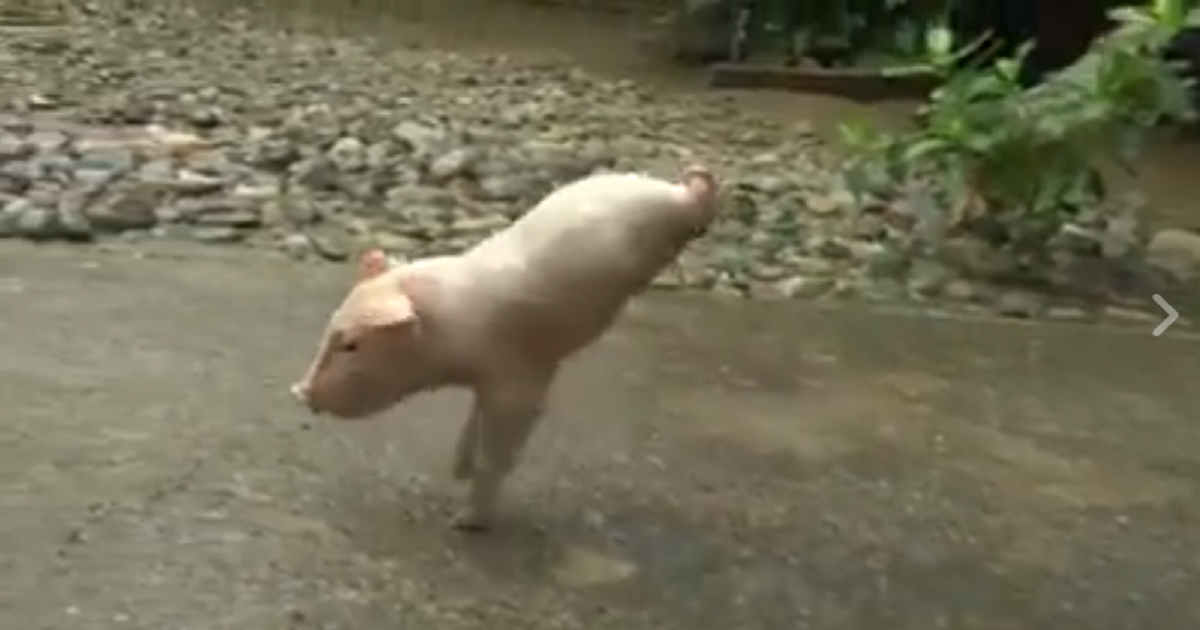 We are not surprised at all that this has gone viral. After all, it is not every day that you can see a pig walk and balance itself this way!

Of course, this little piglet would surely have problems when it grows bigger as its front legs would not be able to carry its weight. We could only hope it would not suffer much when that time comes…

Isn’t it inspiring that this little pig is trying its best to cope with the situation despite the odds that it would fail? What a great example for us humans!

While disabled animals have lower chance of survival, a lot have thrived in the wild although at times they have better chances if they receive help from humans, such as those animals who needed legs to move around and possibly escape predators.