MANILA, Philippines- Just like other girls, Jenny dela Peña, was fond of playing with her dolls. But instead of giving joy, one of them allegedly gave her family spine-tingling experiences.

In 1986, Jenny inherited a doll from her aunt, which soon became her favorite. She took it everywhere she went and even slept beside it. However, when her family decided to transfer to another house, Jenny’s mom urged her to leave the old doll behind. 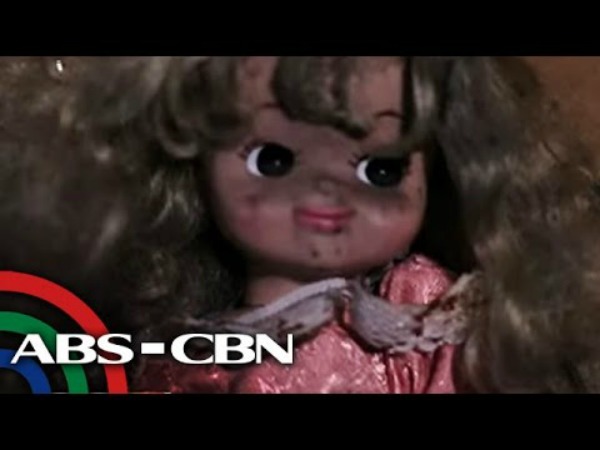 However, when Jenny’s family returned to the old house, strange things started to happen. It was like the doll was possessed by an evil entity.

According to Jenny’s cousin, Jay Zambrano, there were instances that the family would hear knocking or walking sounds even if the doll was alone upstairs. The doll’s position also changed in several instances.

Until one day, the seemingly cursed doll threatened Jenny in her dream.  Apparently, it warned Jenny that it will kill her entire family if she decides to give her away or throw in the trash.

Convinced that the doll was behind the unfortunate turn of events, Jenny’s family attempted to burn the doll. But to their horror, only its clothes turned into ashes.

The family then sought the help of Master Hanz Cua, a space clearing expert, to find out the mystery surrounding the creepy doll.

He added that the energy possessed the doll in order to warn people not to stay in the house.

After Cua conducted a cleansing ritual in the house, Jenny’s family is hoping that it would completely remove the curse of the doll.

What is space clearing?

Often used in Feng shui application, space clearing simply means clearing the space on an energy level. It is usually done in a house that you have just moved in or after intense events, such as divorce, happened in your family. It is recommended that you conduct a thorough space clearing of your home at least once a year.