The top ranking students at the Mt. Diwata Elementary School and Mt. Diwata High School in the mining village of Mt. Diwalwal in Monkayo, Compostela Valley in the province of Davao, Philippines have been receiving 15-gram real gold medals worth P35,000 for 14 years now, all coming from the barangay council.

The lucky students get to do whatever they want with the medals; though, sadly, most end up selling or pawing their medals because of hardships for despite living in a mining village where there is lots of gold, many of these students come from poor families of small-scale miners.

Despite the area being best known for having the richest gold deposits in the country, many of the small-scale miners in the area remain poor.

Still, many of those who top the schools in the area also come from poor families; thus, the real gold medals that the valedictorians receive for graduation do make a huge difference in these families.

Of course, the extra money that the real gold medals bring remain temporary but where else in the country (and many parts of the world!) can you boast of valedictorians receiving real gold medals, anyway? 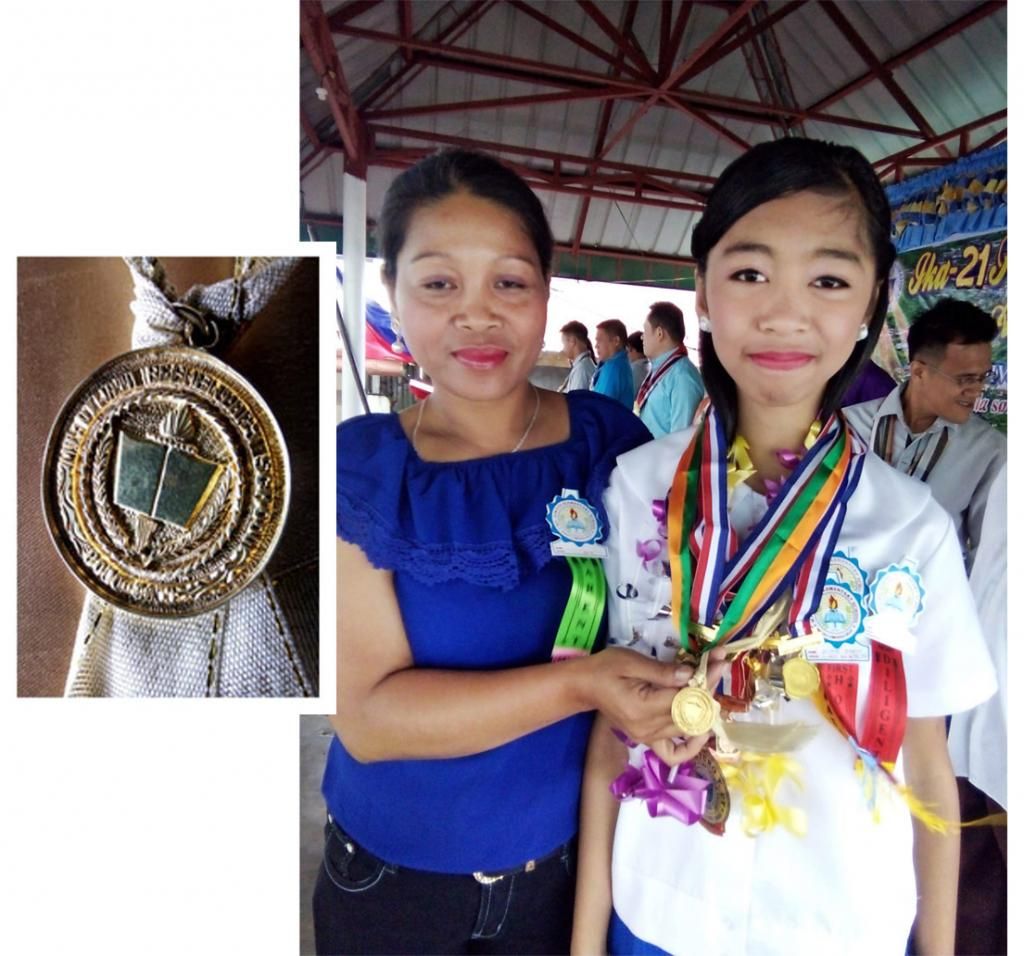 According to a report on Yahoo! News, of the 207 pupils at the Mt. Diwata Elementary School, it was Jolimae Bordon who ranked as #1 while Pearl Angelie Baraba was the valedictorian at Mt. Diwata High School.

As was the tradition in the area, these two students received the much-coveted gold medal. We could only hope that they would hang on to those medals as mementos of their brilliance and not pawn or sell these; though considering the tough times many are facing these days, we really can’t fault them if they do so, anyway.

According to Wikipedia, “a gold medal is the highest medal awarded for highest achievement in a non-military field”. The second placer traditionally receives the silver medal while the third placer receives the bronze medal.

The names of these medals were derived from the use of some fraction of these metals in making the medals but rarely are these medals made of 100% of these solid metals, except very distinctive awards such as the Nobel Prize which uses 18-carat green gold plated with 24-carat gold.