Over 200 people in Roka village in western Battambang province were infected with HIV after an unlicensed doctor in Cambodia used contaminated needles on them.

Yem Chroeum, a 55-year-old unlicensed  rural doctor, is facing 25 years in prison after the murder charge on him was reduced to a lesser manslaughter offence.  Chroeum, according to his lawyer Em Sovann, insists that he is innocent.

A report by CNN News revealed that Chroeum used contaminated needles which spread the HIV virus among the residents of the remote village. 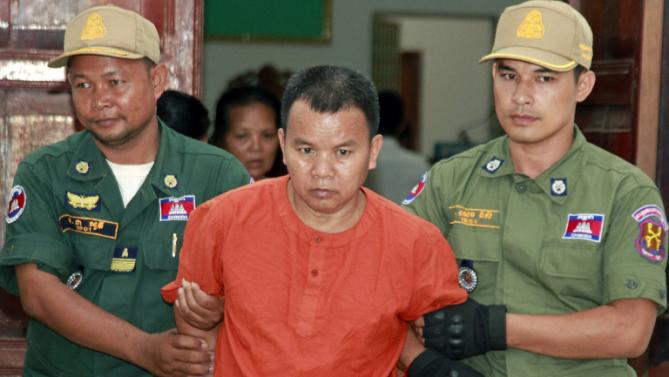 “After questioning Yem Chroeum, he confessed he did order his son-in-law to burn down the evidence behind his house, and (treated) patients with negligence, as well as using the same needles to treat them,” Battambang province deputy police chief Chet Vanny told Phnom Penh Post.

Some of Chroeum’s victims testified at the trial.

Loeum Lorn, a 52-year-old man who was apparently infected by Chrouem with HIV, said that it was only later on that they discovered that they had been infected. Lorn and four of his family member contracted HIV.

Considered as one of Asia’s poorest nations, Cambodia has an extremely low doctor: patient ratio. World Bank reports that there are 0.2 doctors for every 100,000 people in Cambodia.

This has driven millions of Cambodians, especially the poor and those in isolated regions, to go to unlicensed doctors for treatment of everyday ailments.

Anti-AIDS Drugs May Prevent Infection if Taken Before, After Sex

A new study claims that taking a few pills before and after sex can decrease the risk of HIV infection by 86%.

In a study published at The New England Journal of Medicine, participants were asked to take two anti-AIDS medications. Two pills were taken a few hours prior to sex. Meanwhile, the third pill was taken the day following the encounter, and the fourth pill the day after that.