Criminals are getting more creative these days, finding ways they can do their evil ways without getting caught – but that proves to be a huge challenge to them now that there are CCTV cameras in most stores and business establishments.

Even with many cameras in the stores, there are still lots of thieves who try to steal, anyway! One of these was a woman from Johannesburg, South Africa who had the audacity to steal several pieces of clothing from a boutique – and cleverly hid those in her underwear!

Yep! She really did hide the stuff in her underwear. It is just crazy how she did that and thought she could get away with the crime.

In a video shared by a certain Donawana Dee, the woman could be seen being inspected by the store’s security officers while she rather calmly stood there as if she wasn’t just caught red-handed while trying to steal from the store. 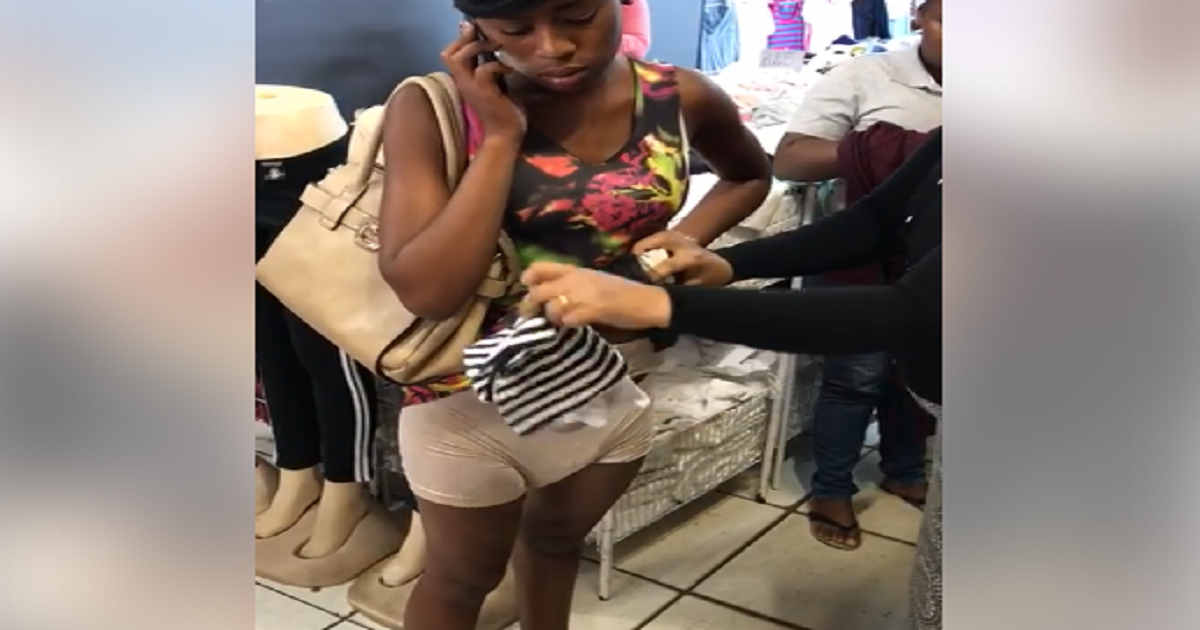 We’re not so sure why the staff didn’t also check her bag – or maybe that just wasn’t shown on the video. It was also highly likely that she did not put stolen items inside her bag as that would have been the first thing the security guards would have checked.

While she was being relieved of the items she stole from the shop, she just calmly whipped out her phone to call somebody. It was easy to see that she showed no remorse at all.

Shoplifting is a crime wherein a person takes things from a store without paying for the items.