Home
Videos
Viral Videos
Two Cats Race to Drink All the Water in the Aquarium, Hopes to Eat the Fish

Two cats race to drink all the water in the aquarium in hopes that they can eat all the fish – and the funny video has gone viral. Silly but clever cats, huh?

It is common knowledge that cats love fish. It is said that fish are cats’ favorite food; although many cats these days are given canned food by their humans as opposed to raw fish. 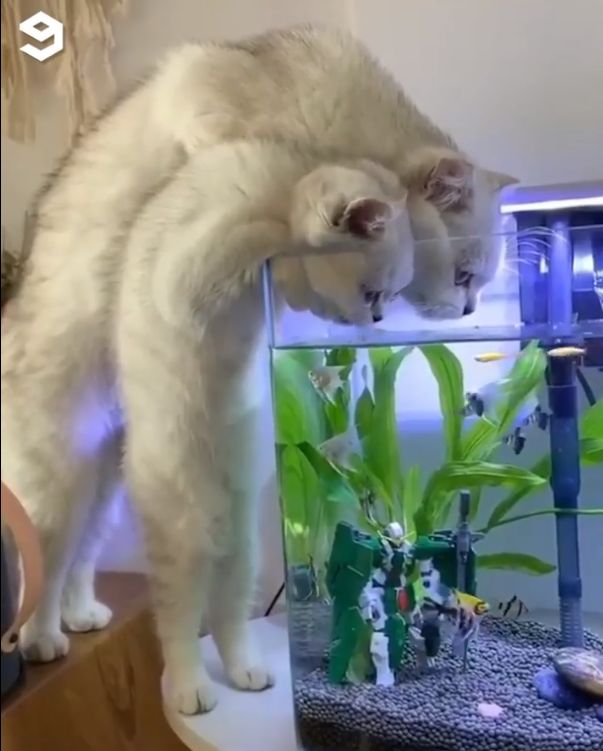 But what if there is an aquarium or pond at home and there are also cats around? Well, it might already be quite obvious what would happen: the cats would surely try their best to do some fishing from the tank, huh?

Perhaps the cats might even think that the fish in the aquarium are theirs to eat. After all, cats most likely think they own the place. LOL.

In a video that has gone viral on 9GAG, two white cats could be seen looking intently at the fish inside the aquarium while they both went on ‘turbo mode’ in drinking as much water as they could from the tank! These hilarious cats are probably thinking that if they could drink up all the water, then they could eat the fish in the aquarium.

The fish really had no idea what’s going on as some even swam closer to the cats. It’s a good thing the cats weren’t able to gobble up the ones that got near! Whew. 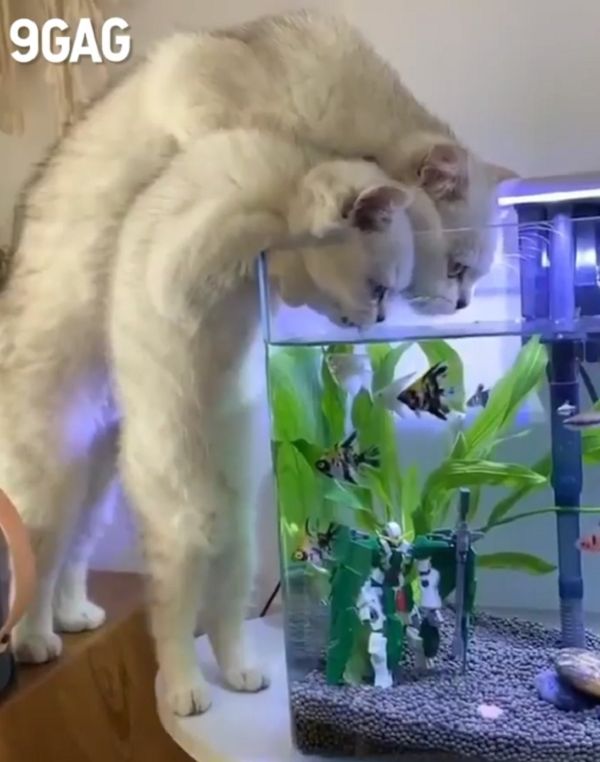 Some netizens were concerned that the tank water would be bad for the cats, but most are simply amused over the cats’ behavior.

“The faster we drink the water from the tank, the faster we can eat all the fish!” these cats must be thinking… LOL.

How to Keep Aquarium Fish Safe from Cats

It’s still possible to keep aquarium fish safe at home, even if you have cats, of course. First, secure the location. The spot must be somewhere that isn’t easily accessible to the cats.

Make sure to put a lid on the tank or some covering that ensures the cats can’t just go fishing anytime they want to. Also make sure that the cat can’t know the aquarium down, just in case the curious creature tries to jump and hit the glass container.