In a post that has since gone viral on When in Manila, the twins share how they struggled together in the tough world of nursing studies to pass the course with flying colors. They each thanked the other for being there, for being each other’s strength and inspiration to push harder to reach their dreams.

The two also acknowledged the support they received from family and friends who were always there through their endeavors; though their best support system was truly each other.

As they take the stage on Graduation Day, Catherine ranked fifth while Corrine ranked sixth. We’re quite sure their parents and family are very proud of what these twins have accomplished, knowing that they did their best and had helped each other reach their full potential.

Corrine and Catherine admit that they are quite competitive yet this competitiveness never came between them because they never competed with each other but supported and cheered the other through whatever it is the other was trying to accomplish. They were each other’s study buddies; they were thesis mates, seatmates, and groupmates. 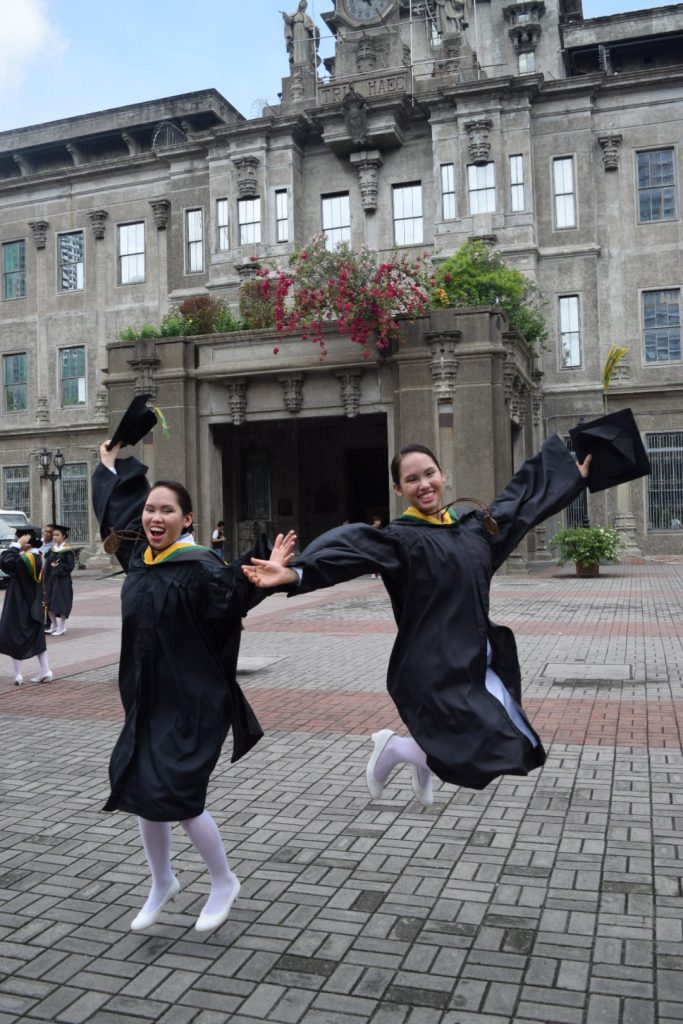 Photo credit: Corrine and Catherine Reyes / When in Manila

Indeed, they worked hard to help each other and ensured that they credited the other for their individual success.

This awesome teamwork had led to their incredible success – and they made sure to thank their very supportive parents as well. Their OFW dad and housewife mom ensured that they were well-fed and had someone to talk to. In their post, Corrine and Catherine and revealed, “Our most vivid and intense feelings tend to come out when we talk about our parents.”

What an amazing and dynamic family. While their brother graduated from UST Medicine in 2015, Corrine and Catherine will be following his footsteps this coming school year.

What are Latin honors? These are simply Latin phrases used to indicate the level of distinction a graduate was able to achieve in his/her academic degree.

The Latin honors are the following: