A post on Facebook page South Texas Hunting Assoc. about a monstrous bullfrog caught in a ranch took the internet by storm, gaining over 33k reactions and 250k shares within just 3 days after it was posted!

Captured by Markcuz Rangel, it was claimed that this monstrous bullfrog weighed 13 lbs (6 kg) and was caught at South Texas Ranch in Batesville, Texas.

As expected, netizens were torn between believing this was for real and asking whether this was yet another Photoshopped picture.

Many wouldn’t believe that the frog was that huge while many were angry that this man killed the frog for internet fame, whether it was really that big or not. 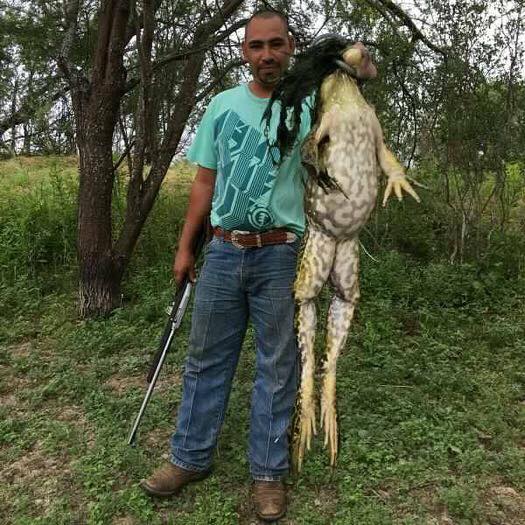 Of course, many would soon point out that although this frog was surely much bigger than regular ones, it wasn’t really as monstrous as the post seemed to show. After all, South Texas Hunting Assoc. did mention that it weighed 13 lbs (6 kg). Surely it couldn’t be a giant frog at that weight, right?

But the million dollar question is this: Is the photo real or Photoshopped? 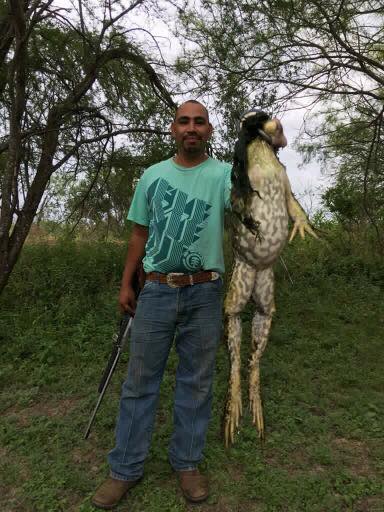 Texas Parks & Wildlife Department spokesman Steve Lightfoot admitted that the photo is real but this does not necessarily mean that there are monster frogs in Texas.

“It’s not as bigly as it appears. [It’s an] optical illusion created by extending frog toward the camera — similar to what you see with fishermen holding up fish to make them appear larger. Still a big bullfrog, though,” Lightfoot said.

So, there you have it! The photo is real but the guys made it look as if the frog was a giant one.

A bullfrog is a very large frog; the term is often used to mean ‘very aggressive, large frogs’, regardless of species.