Home
Lifestyle
Travel
Traveler Gets Arrested for Wearing Too Many Clothes, Gets Refused on Plane Twice

One traveler who tried to cheat the airline by wearing many layers of clothing to allegedly keep him from paying excess baggage charges was refused boarding by an airline. He was arrested, then, refused boarding by the next flight he booked the following day! Ouch.

Ryan Carney Williams, who uses the handle Ryan Hawaii on Twitter, took to social media to express his disappointment after British Airways refused to let him board the plane after he put on the clothes that wouldn’t fit within his check-in baggage in a flight from Iceland to England.

Cops were soon called to arrest Williams after he put on eight pairs of pants and ten shirts. He accused the airline of racial profiling, saying he had done nothing wrong except put on the clothes that were in excess of his baggage allowance. He further claims he wasn’t trying to cheat the airline but just couldn’t afford to pay for the excess. 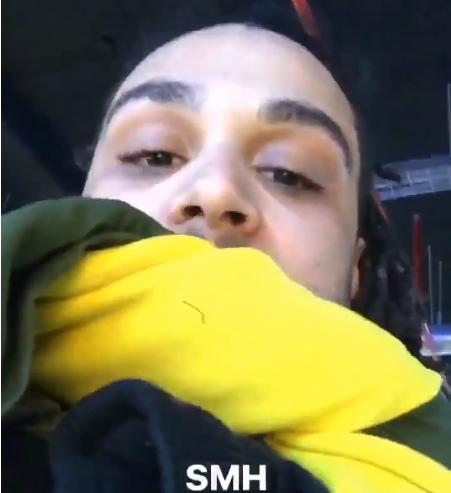 He also claimed he had been polite throughout the incident but the airline’s ground crew had called the cops on him for ‘unruly behavior’.

According to Williams, the cops arrested him at Iceland Keflavík International Airport, sprayed him with mace, and held him on the ground despite him staying polite and just refusing to leave the counter – but why would he leave the counter, anyway, when he was actually trying to get into the flight?

He was brought to the police station where he formally gave his report. The plane flew without him.

After missing the flight over the incident, Williams booked one with EasyJet the following day but though he was able to go through check-in and security without problems this time, he was refused boarding at the flight gate – again!

He was told that he was not allowed on board because of the previous day’s incident with British Airways. Ironically, though, his luggage was able to fly ahead as it had already been checked in at that flight.

It angered Williams to be stuck in Iceland with no money – and no more luggage! He took to Twitter to express his frustration. Fortunately, while reactions varied from netizens, he did receive a refund from both airlines.

He was later able to finally fly to England on a Norwegian airline. Whew.