People go to Boracay to unwind, to enjoy the beach and the sun, and simply to have fun. They go there to party and meet new people. As a premier destination in the Philippines, Boracay is a great place to visit – or has the island gotten too commercialized that it has become too noisy and ugly?

For blogger/traveler Anna Everywhere, Boracay is among the worst islands she has ever visited in South East Asia, according to AuxBreak. Considering that she has traveled to 61 countries in the past 10 years, you could say she can truly make a valid comparison between the places she visited.

So, is Boracay really ugly and not worth visiting now? Let’s check out her points and what possibly went wrong.

Getting to the Island was a Nightmare

Anna took the Kalibo airport route, instead of the much closer Caticlan airport route. This could be her undoing.

Most of the people who go to Boracay take the Caticlan airport route because it is closer and more convenient. However, this is often fully booked, especially during the peak season so it is possible that she took the Kalibo airport route because there were no more tickets available on the other flight – or she could be trying to save some money by taking a less expensive flight, as someone in the comments section of her now viral blogpost tried to point out. 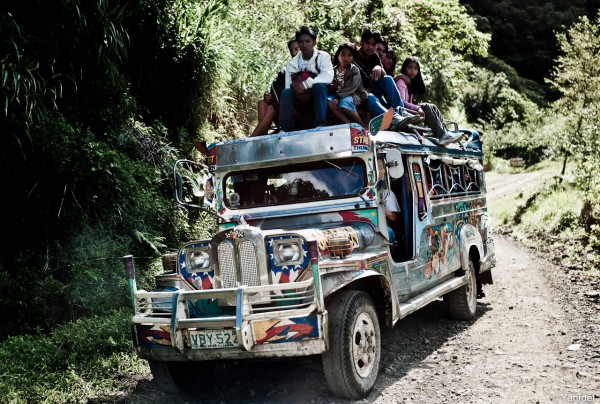 NOT headed to Boracay. This photo of an overloading jeepney in Banaue is just another reality of the sad state of our transport system.
Photo credit: Yanidel.com

The overcrowded bus she was in was filled with rowdy young people who didn’t know how to respect the other passengers. I think she was just unlucky to have been in that bus. After all, how many buses are filled with loud young people heading to Boracay, anyway?

Still, we could not deny the fact that public transport options – whether on land, on sea, or air – in the Philippines are bad. As a country hoping to attract tourists from all over the world, something must surely be done to improve these transportation options. Sadly, as Anna pointed out, Boracay (and many tourist destinations) in the country are being marketed as beautiful places to visit yet a lot must still be done to improve the tourists’ overall experience.

Anna said she visited Boracay for the beaches touted to be among the best in the world yet she could not get some beach for herself because of the annoying vendors and the drunken crowds. Well, it is true that vendors who try to push their wares to your face while you are trying to sleep or relax on the beach can be quite annoying. These vendors might truly just looking for money yet they should also know how to respect the privacy of the tourists. Yes, the tourists went to Boracay for the beach, not just for the souvenirs. 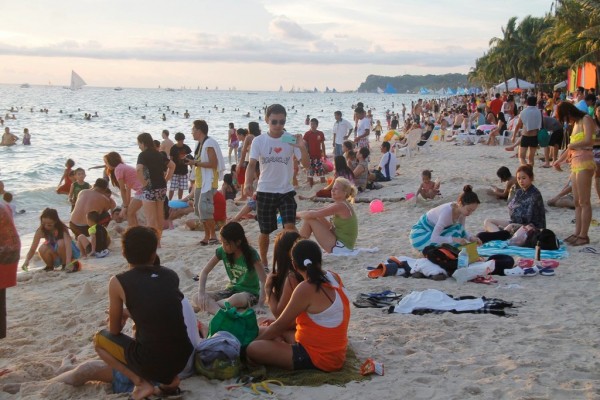 As for the drunken crowds and loud partygoers, I think she just picked the wrong place to stay in. Hostels are rarely quiet – if she wanted a quiet, awesome experience, she should have picked the high-end hotels in Boracay where the private beaches are not as crowded as those in White Beach. Many frequent travelers to the island pointed out how she should have gone to Station 3, instead.

I think she should have read recent reviews about Boracay before she picked where she would stay. However, many tourists know it gets crowded in Boracay during peak season yet they just cope with the crowd by picking a spot less crowded or not minding the others while they enjoy themselves. As many people pointed out, she should have picked Palawan or other less explored places to visit – especially during peak season when crowds of local tourists often go to Boracay to have fun.

“This is how crowded is the beach in reality.”
Photo and caption by Anna Everywhere 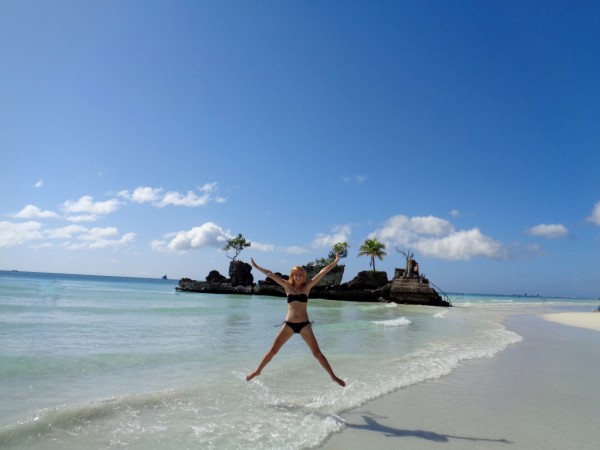 “Cool photo? This is what you can see when someone removed people from the background (beach is never that empty in Boracay!)”
Photo and caption by Anna Everywhere

We could say her experience was just an isolated case compared with the many wonderful vacations people have spent in Boracay yet many of the things she pointed out are true. Perhaps she hit a raw nerve that is why a lot of people are reacting or maybe because she told people to stay away from the island.

Over-commercialized Island with Beaches being Destroyed by the Crowds

Sadly, this is true. Tourists are destroying the beaches by leaving their trash while the local entrepreneurs are trying to encroach on as much beach land as they could get their hands in. Expensive coffee shops on the beach, loud bars and karaoke places, shops and shops and shops and more shops? 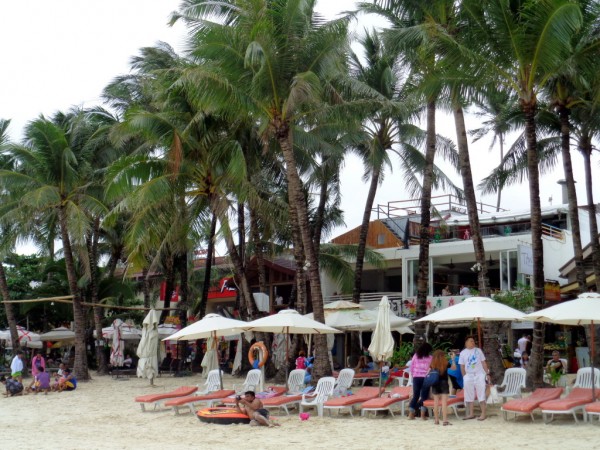 Well, I do agree with Anna on this one. These commercial places should have stayed in the mainland, in the metro – not encroach the beach. People go to Boracay (well, in the past, anyway) to unwind and enjoy the beaches, not to enjoy a replica of the metro but transplanted to a beach setting.