It is the traffic enforcers’ job to enforce traffic laws, as their name suggests; however, there are those who get cursed and attacked by people who think they are above the law.

There have been many cases of traffic enforcers getting hit or even shot by those they tried to ticket for some traffic offense.

Recently, a woman went viral for attacking a group of traffic enforcers whom she accused of laughing at her but the enforcers said they were just doing their jobs. It turned out that the woman and man she was with had been ticketed earlier because she was not wearing a helmet. This happened at Road 3. 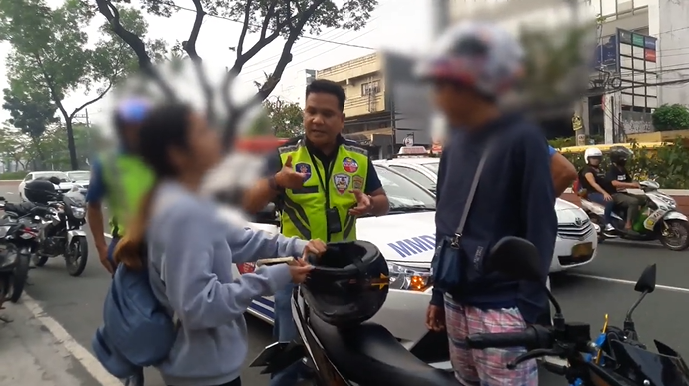 Because the woman was angry over the officer she thinks was laughing at him, the traffic enforcers gave her the officer’s name, issued the ticket, and simply moved on as they didn’t want the matter to become bigger.

The woman wore the helmet as they rode off.

But the traffic enforcers would later find the woman not wearing a helmet again while they were at Visayas Avenue some 15 minutes later; thus, the officers called them out again but the woman went into beast mode.

She told the traffic enforcers that she had been wearing the helmet earlier but because they stopped to buy some food, she took off the helmet and placed her food inside for safekeeping. The traffic enforcers explained to her that the helmet is not for food but for her head, patiently telling her that not only were they just doing their jobs but they are also warning her out of her own safety! 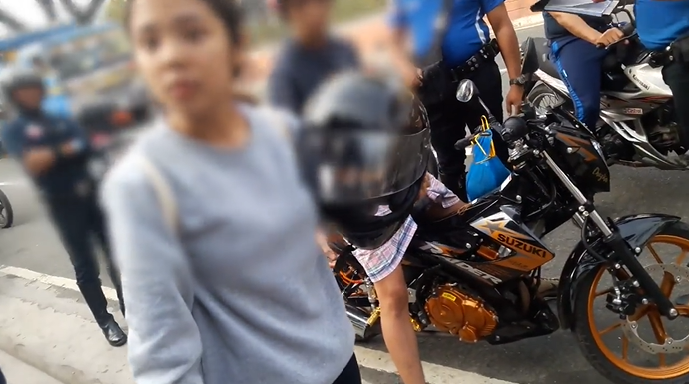 But the woman refused to listen, probably thinking the officers had taken a personal grudge on them.

A video of the altercation was shared on Gadget Addict page on Facebook where it went viral. Watch here: