In today’s world where everybody is busy and is driven by their will to do more, work more and eventually earn more, a lot of us forget the importance of family values.

This is how Asian families instill values. And this is what Facebook user Restoris A. Fatiha captured in photos.

In a photo he posted on Facebook, you can see two sets of families that fully describe the beauty of Asian love for their family. According to him, he witnessed this on his commute from Kutuarjo to Solo in Indonesia at around 6.20am on October 18, 2017. 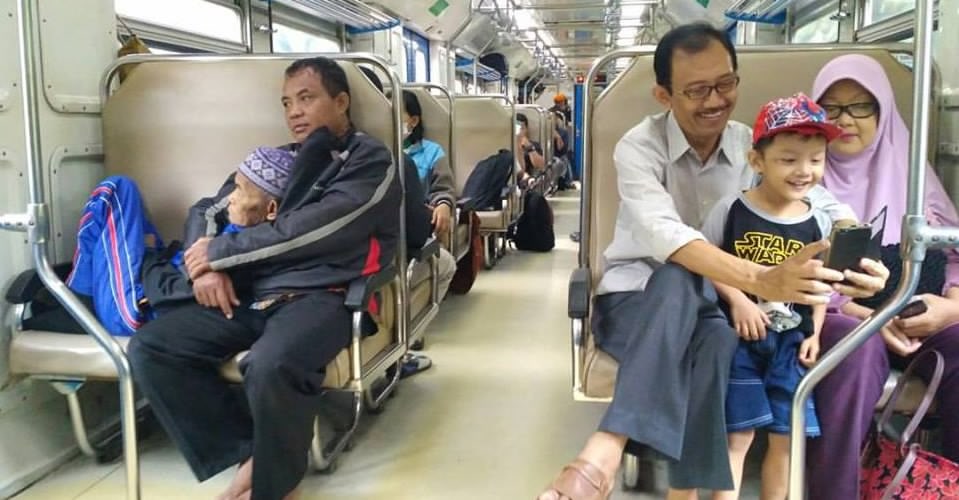 In this photo, you’ll see a middle-aged man hugging and protecting his old father. On the right side is a middle-aged couple lovingly playing with a little boy. This photo is enough to tug at Fatiha’s heart that’s why he captured it.

“Love your parents, as your parents have loved you, raised you, educated you and taken care of you with all their hearts.”

“I saw something which really made me miss my parents. It touched me so deeply and I wanted to shed a few tears. It is an action that seems normal but can be truly meaningful for the people who witness it.”

Along with the main photo were two more photos of the two men on the left side, it showed that even if the son is talking on the phone, he never took his hands away from his father. This is how beautiful it is to witness love for family. 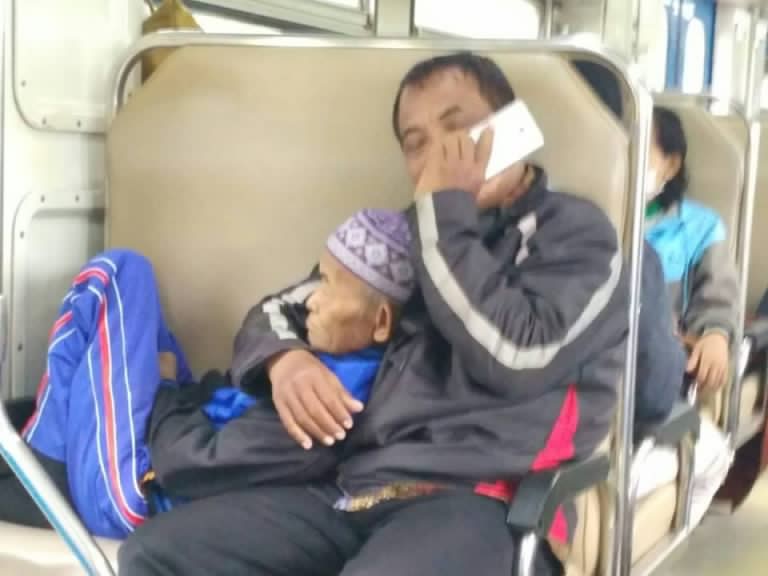 “At First I saw a man who might be around 50 an year sitting along with her parents who might be around 75-80 an year, a few moments when the old man seemed to turn his seat back on his son’s body that was receiving tip, and then, the one who received the tip has changed his right hand.”
“Such a very simple view is able to move the heart and remind us as a child to always love and love our parents even though the simple way” 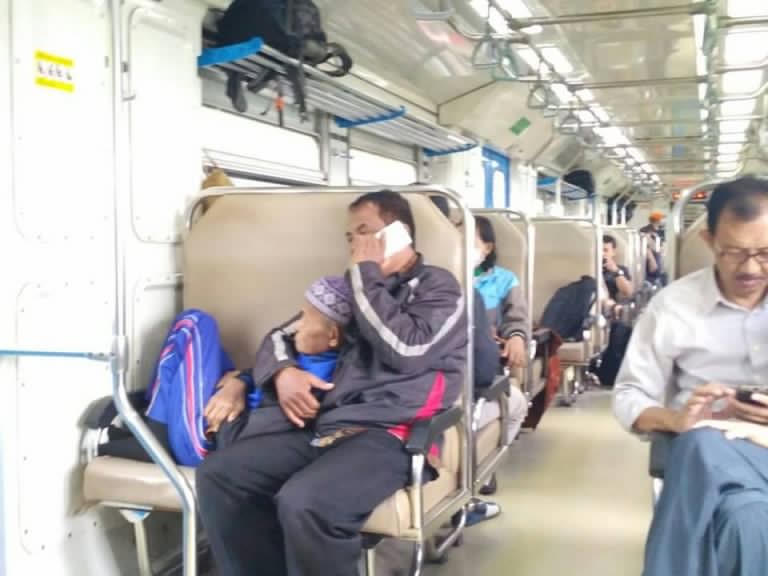 It’s amazing how one simple act captured in one simple photo can tug at the hearts of thousands of people.