Welcoming a new baby in the family is always a joyful experience. So just imagine the delight of the Ian and Brittani McIntire when they discovered they’d be having fraternal twins, one boy and one girl.

The couple was beyond surprised with the wonderful news, according to a report by KWCH.

“We went in for our six week sonogram and they just said there’s one heartbeat and here’s another,” reflected Brittani.

Their happiness, however, was short-lived when they found out that the baby boy has a hole in his heart, an abnormal brain, and was showing signs that he wasn’t growing as he should.

The heartbroken mother shared “He’s only weighing nine ounces and his sister is over two pounds, so big size difference. His only chance of survival would be heart surgery but they wouldn’t do heart surgery on him because of his brain.”

They had subsequent appointments with the doctors after that but every visit brought bad news.

One Tuesday, however, they found a rare, heartwarming moment in a sonogram. Apparently, baby Mason and his twin sister Madilyn were holding hands.

Brittani said “We didn’t really see much, (the doctor) said there’s his hand and there’s her hand and it looks like they’re holding hands.”

It was a simple gesture that truly touched the entire family. 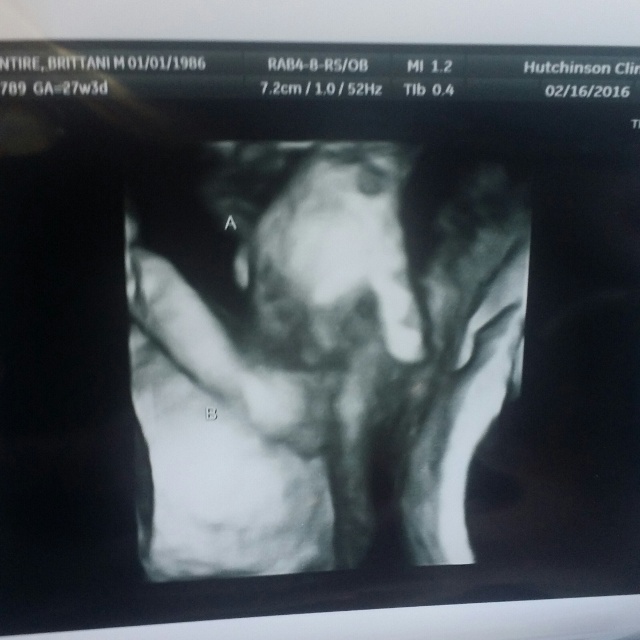 Daddy Ian, expressed joy and gratitude about this saying, “We know we have a piece of them together that will last forever and it’s special to have.”

Britanni adds “I know I’m holding him, I’m carrying him but I just want to be there for him. And she’s the only one who can actually be there and holding onto him through it, so it’s comforting to know that if he does pass he won’t be alone.”

As of the moment, the couple is leaving everything to faith.

“We’re still going to trust in God that no matter what, he’s been a blessing and if he makes it then it’s a huge testimony to what God can do. And if he doesn’t then we have a special angel watching over us.”