Home
Videos
Viral Videos
This Waitress’s Epic Reflexes are So Amazing She Couldn’t Believe It Happened!

The restaurant kitchen can be a very busy place, especially during dining hours – and it could spell trouble for many staff who have to juggle a lot of things to make sure that the customers are happy with their orders and are served their meals on time. This could sometimes mean that the staff have to go overdrive to do things that make them “superhuman” at times – but while there are also those who go on “autopilot” until the shift ends, there are some who take their jobs to a better level. That’s exactly what happened to this unknown waitress caught on camera.

In a GIF circulating on social media, apparently made from the CCTV footage of the incident, the unnamed waitress of what appears to be a bar/restaurant was taking something from a high shelf. As she was standing on tiptoes, a cup comes crashing down to the ground. 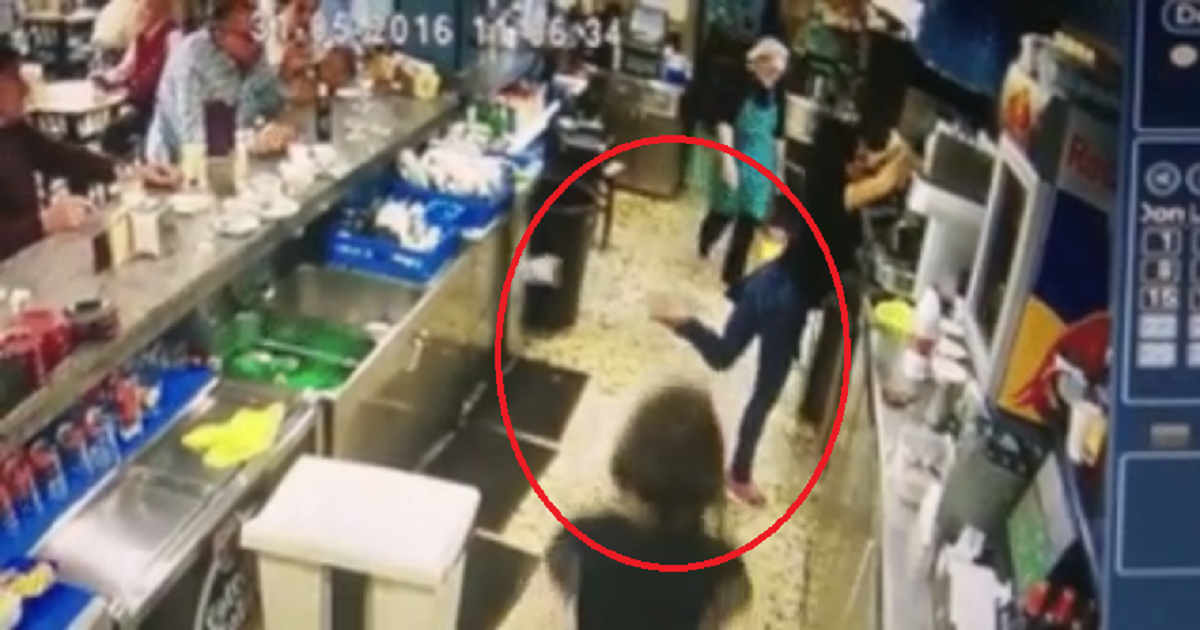 In that split second, even before her companions could react – and definitely much to the amazement of the customers looking on – she instinctively kicked her leg back to prevent the cup from hitting the floor, even if her eyes were still on the stuff she was getting from the counter.

What happened next is clearly unbelievable and, if not for the CCTV footage, I certainly would not believe it actually happened. You see, as the lady kicked the cup, her foot was actually able to reach the cup and send it flying to the sink which, as it happened, was filled with water!

The cup goes straight inside the sink and was saved. It was perfect!

I wish I had the same powers as this lady! Who would have thought she could have achieved such a feat? What do you think of this?

Check out the awesome moves in this GIF: