Home
Entertainment
This Optical Illusion Dance is Sure to Make You Laugh…It’s Hilarious and Awesome!

This is the first time I’ve seen an optical illusion dance – and it really amazed me! A group of ladies wore black and white clothing tied at the waist. Although their moves were really just simple, the result was something that was both hilarious and awesome at the same time!

It is amazing how they were able to achieve a funny dance using coordinated movements and their costume but if you look closely at their legs, everything is not what it seems, really. Of course, that is the optical illusion there – as some would say the dance was really nothing fancy since the ladies were merely moving their legs here and there, not jumping around as it appears in the clip.

Still, it is quite interesting to watch this cool dance and imagine what else these ladies are capable of, aside from this funny dance. I do hope they make another video about another optical illusion they make or, better yet, join talent shows so they can gain world renown on their cool tricks! What do you think?

You can check out their funny dance in this video:

What is an Optical Illusion?

An optical illusion, according to Wikipedia, “is characterized by visually perceived images that differ from objective reality.” This means that the reality is different from what the viewers/watchers perceive or see. Often, the tricks are not so easy to spot until you study them hard or you get the clue that something is amiss.

The checker shadow illusion. Although square A appears a darker shade of grey than square B, the two are exactly the same. 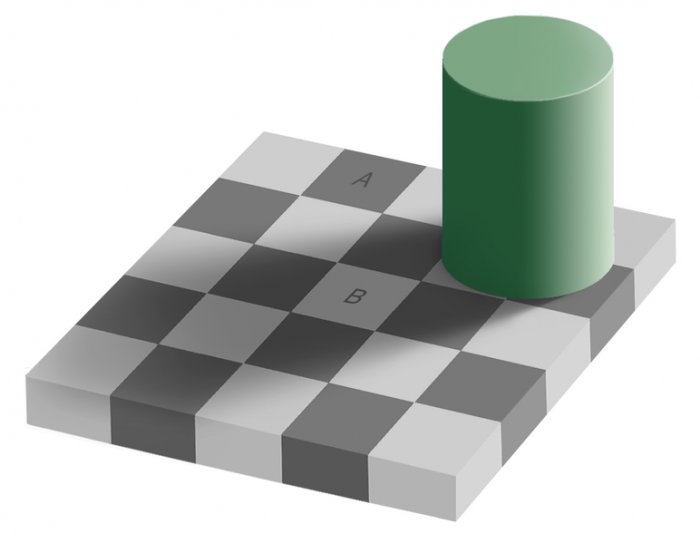 By Original by Edward H. Adelson, this file by Gustavb [Copyrighted free use], via Wikimedia Commons 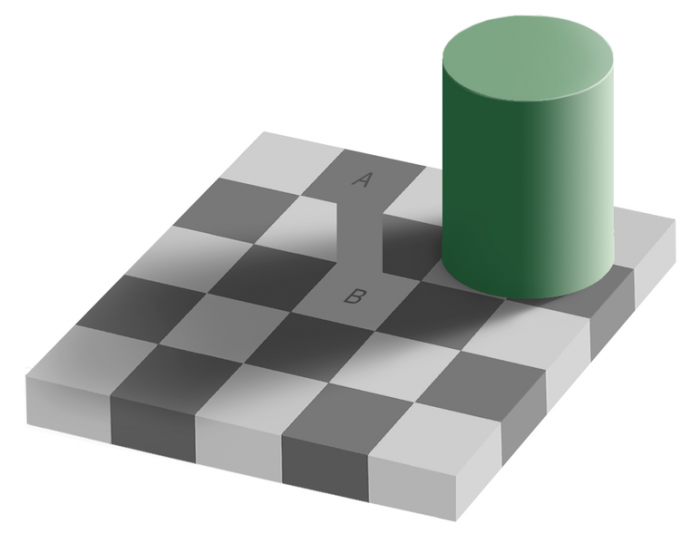 By Edward Adelson [Copyrighted free use], via Wikimedia Commons