Home
News
News & Culture
This is Why Filipinos Can’t Work as Household Workers, Nannies, or Private Tutors in China

MANILA, Philippines – If you’re planning to be employed as a household worker, nanny or a private tutor in mainland China, then you might as well cancel your plans since it is considered illegal based on the country’s laws.

According to the Philippine Embassy in Beijing, China, the Chinese government prohibits the employment of Filipinos as well as foreigners as household workers in the country.

Through an advisory, the embassy announced: “Foreigners cannot be employed as household workers in mainland China as it is against Chinese laws.”

This means Filipinos shouldn’t accept the particular jobs being offered in mainland China by agencies. 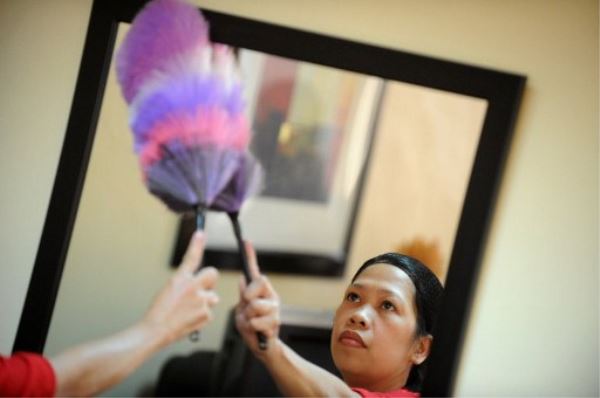 Furthermore, the embassy also warned Filipinos from dealing with agencies or individuals in mainland China offering to extend their tourist visa in exchange for a fee.

“These agents or individuals are involved in illegal recruitment, break Chinese laws and often resort to unscrupulous actions. Our kababayans who work illegally are vulnerable to abuse by these individuals.”

Last month, an overseas Filipino worker (OFW) who worked for six years in China reportedly died of bird flu days after his arrival in the Philippines.

According to the Department of Health (DOH), the 52-year-old musician, who returned to the country on February 9, showed bird flu symptoms like cough, stomach pain, and fever on February 10.

A TV report revealed that the OFW consulted doctors on February 12, but refused to get admitted. Eventually, he died on February 14.

DOH Secretary Janette Garin said the symptoms the OFW displayed and his history of exposure to live poultry in China were the reasons why they considered him a victim of avian or bird flu.

Garin added:  “If indeed this patient contracted bird flu, his death has ended other possibility of transmission.”