A lot of people have this notion that those who wear turbans are against gays and anyone in the LGBT community, mostly because turbans are often associated with religious men. Yet one guy changed his usually black turban to a rainbow ‘PRIDE’ turban, going viral with the ‘awesome message’ it shared to people.

Enrolled as graduate student at San Diego State University and UC San Diego Joint Doctoral Program in clinical psychology, Kohli expected that he would face backlash over his pride turban. Instead, he earned praise for the ‘awesome message’ he shared.

“I’m proud to be a bisexual bearded baking brain scientist. I feel fortunate to be able to express all these aspects of my identity, and will continue to work toward ensuring the same freedom for others. #PrideMonth  #PrideTurban #LoveIsLove,” Kohli wrote on his Twitter account.

Indeed, he was a showstopper at the event, with many people feeling amazed that someone like him could also share love with the gay community. 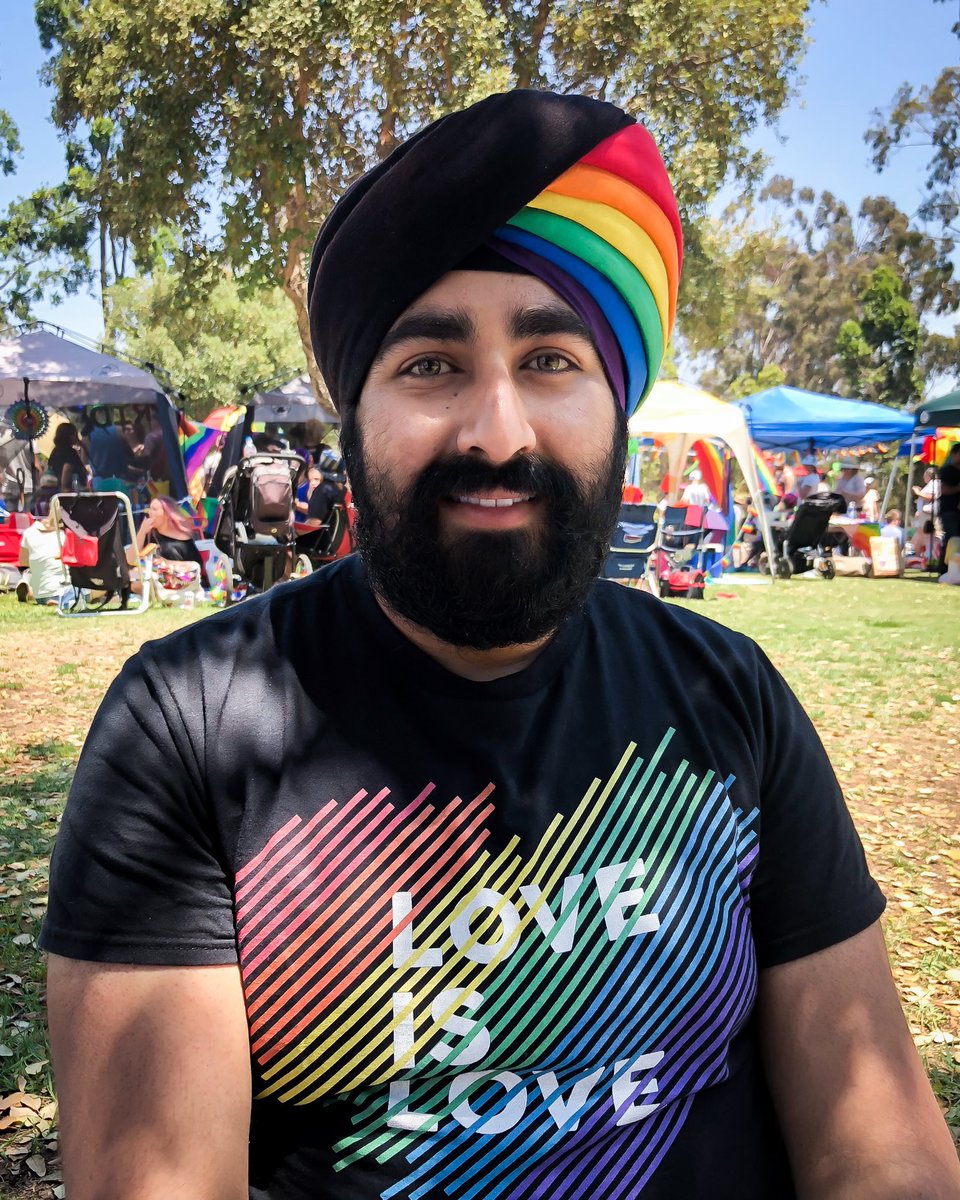 “I realize that by being so visible, I’m opening myself up to backlash and negativity, but it’s entirely offset by the sense of community that it’s engendered. I’m receiving so many messages of support and sheer joy, and also a striking number of thanks from people who aren’t as fortunate as me to be able to display their identities,” Kohli explained.

Many netizens commented that they were happy with Kohli and his ‘PRIDE’ turban. Many called him brave for doing this, while others commended his effort and pride in coming out.

But the young Sikh even received from former President Barack Obama!

“You’ve got a lot to be proud of, Jiwandeep. Thanks for everything you do to make this country a little more equal. Turban looks great, by the way. Happy Pride Month, everybody!” Obama wrote, sharing Kohli’s tweet.

Some people commented that this was really surprising for a religious man to do, but Kohli explained that he always stands up for equality as part of his religion.