Home
News
News & Culture
This Guy Takes Girl’s Video, Shocked When She Points Out the Flash is On

In this day of smartphones and the internet, it seems that everyone has a smartphone they use not just for texting and calling like regular ‘dumb’ phones but also for taking photos, browsing the net, and connecting with friends and family through social media.

Sometimes, though, people use their smartphones to do bad things – such as taking the so-called ‘upskirt’ photos or videos, the practice of taking photos of a woman’s parts beneath her skirt. 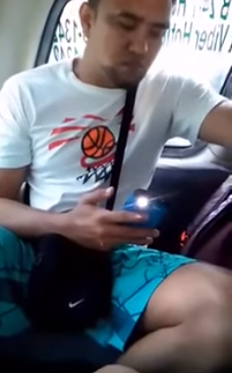 There’s this guy riding a public transportation who took a mild version of the upskirt, taking a video of a girl’s pretty legs. But he made quite a huge mistake while taking the video.

While he appeared to be disinterested, even looking bored and doing nothing, he was actually taking a video of the girl’s legs as can be determined by the angle of his cellphone. Of course, one might say it was just an innocent position and that he was just holding his phone but he forgot to turn off the flash. 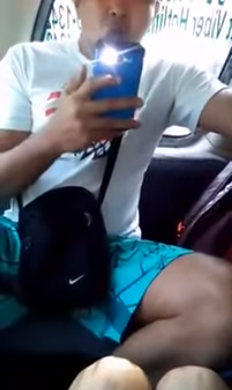 Because the flash had not been on when he rode the vehicle, the girl quickly noticed he was filming her when it went on.

What would you have done in the same situation?

A lot of girls would have frozen in their tracks, unsure of what to do but this brave lady realized she has to do something to teach this guy a lesson. So, she also took her own video (taking care not to turn on the flash, of course) and pointed the camera at the guy.

Then, as bravely as she could muster, she told him off by disguising it as a piece of advice. 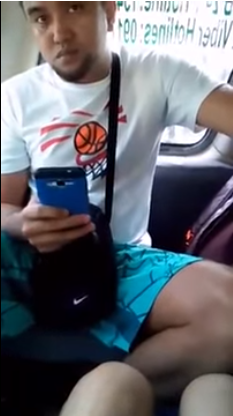 (Mister, perhaps you’d like to turn off your flash.)

Look at the guy’s face after she said that… Priceless!