Gilberto “Chito” Shedden probably holds the record for having the most dangerous pet in the world because he surely must be the only guy on Earth who gets to swim daily with a real-life 5-meter crocodile without fear that his limbs could be torn off from his body any second he loses his concentration.

For you see, Chito has been swimming daily with his pet crocodile for 20 years – and the animal has never attempted to take him as its food! Perhaps the animal feels a sense of gratitude and love for Chito since it was him who nursed the dying croc back to health at the time when it was at the brink of death due to various injuries. 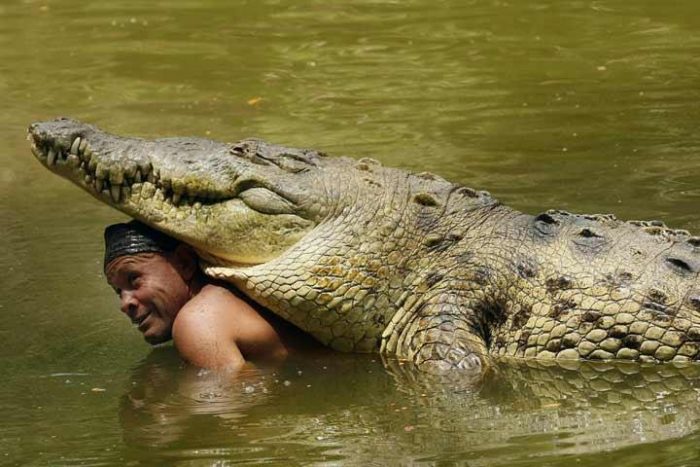 Naturalists could not explain the bond between the two and are even trying to warn Chito against being too lax with the animal because, according to a long-established fact, crocodiles have small brains and only act on instinct – and by “instinct” we mean here as taking Chito as its prey! But the two continue to amaze naturalists for their incredible bond. 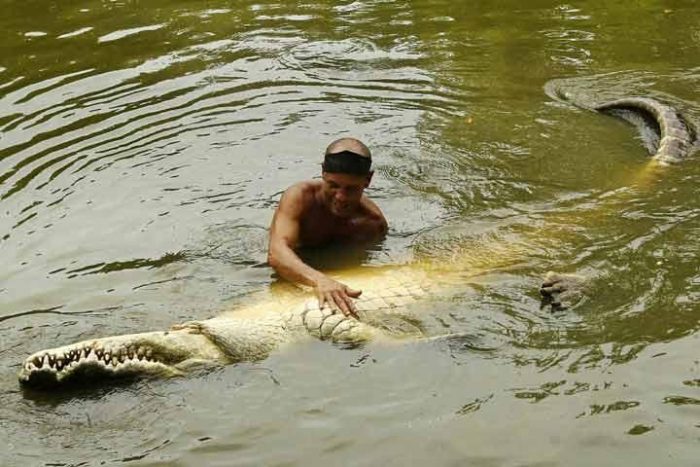 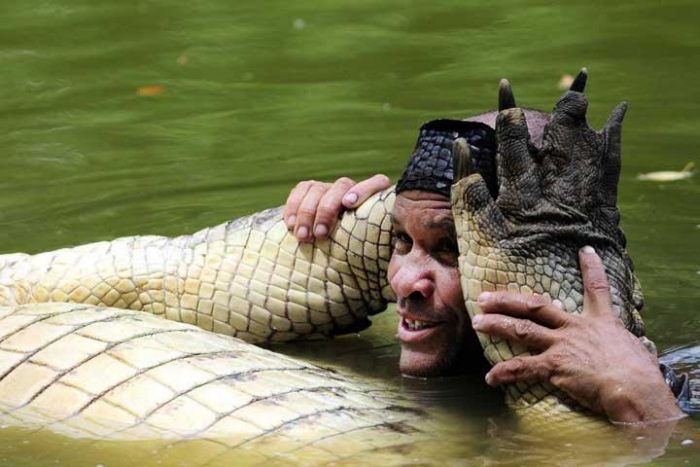 Living as a fisherman in Costa Rica, Chito gets to visit the giant crocodile he calls Pocho on a daily basis. While the two enjoy a fun swim in the river, it is also not unusual for Chito to get warnings from horrified onlookers that a crocodile was trailing behind him. After all, the giant croc is 5 meters long and weighs over 500 kg! 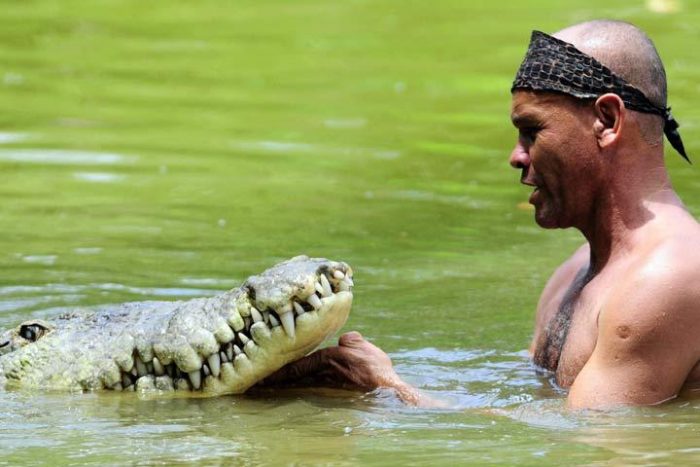 Thankfully, there has never been an incident between the two close friends – and we hope it stays that way throughout the rest of their lives…

As horrifying as it might sound, there really are people who love to take care of dangerous animals like tigers, lions, and crocodiles as pets in their own homes! It seems that these people get the thrill from having these deadly animals which could potentially cause a horrific accident in case they get out of their enclosures or encounter a person they do not know, such as a visitor.

Here are the top 10 most dangerous pets ever recorded, in no particular order: