Can dogs understand human language and actions? Well, it has long been established that dogs can do that – and they have proven time and again that they can even understand unspoken cues from their masters, even saving their owners’ lives just by looking at visual clues.

But how will dogs react while watching a movie? Well, the answer probably lies on what movie it is watching!

Take for example this adorable dog who was quite intent in watching a scary movie in the comforts of its owner’s couch. At first, this dog was really watching what was going on quite intently. Its face was focused on the screen.

Do you think it can understand what was happening in the movie? 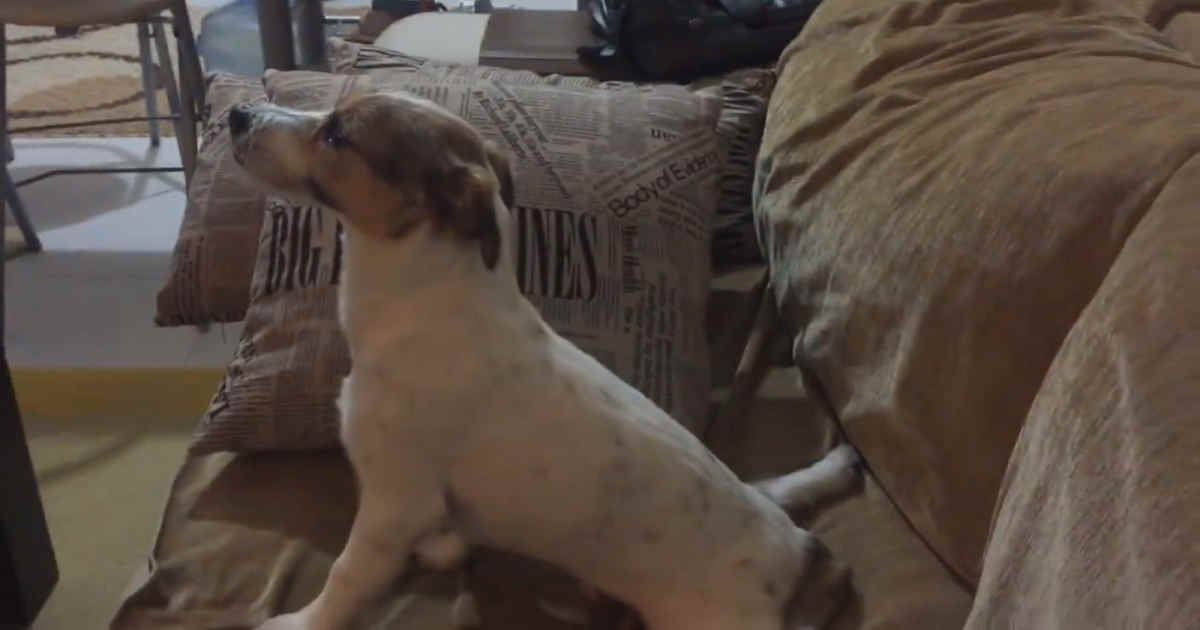 When the scary parts appeared on screen, the owner turns the camera back to the dog – but it wasn’t there anymore! Where could the dog be? Well, it’s now hiding behind a pillow with a scared look on its face! LOL.

It would be quite interesting to see what this dog’s reaction might be in seeing movies featuring other animals. Maybe it would begin ‘talking’ with the animals once he sees them on screen!

Check out his reaction to the scary movie in this funny video:

Dog reaction to a scary movie.