While the parishioners were busy praying inside Binondo Church in Binondo, Manila in the Philippines on Good Friday, March 25, 2016, one guy was also quite busy doing something else: looking for things to steal from them – and he was quite successful!

The following day, social media user LP Barts the story of how this guy had stolen a grey sling bag from them. Aside from the sling bag containing his money, his IDs, and some personal effects, Barts revealed that the bag also had his dad’s passport which was set to be used for a death claim.

Based on the CCTV footage taken inside the church, the bad guy had just been waiting for the opportunity to steal from the parishioners.

While Barts and his companions were kneeling to pray, the guy quickly swiped the bag and casually stood up, walking towards the door of the church as if nothing had happened. 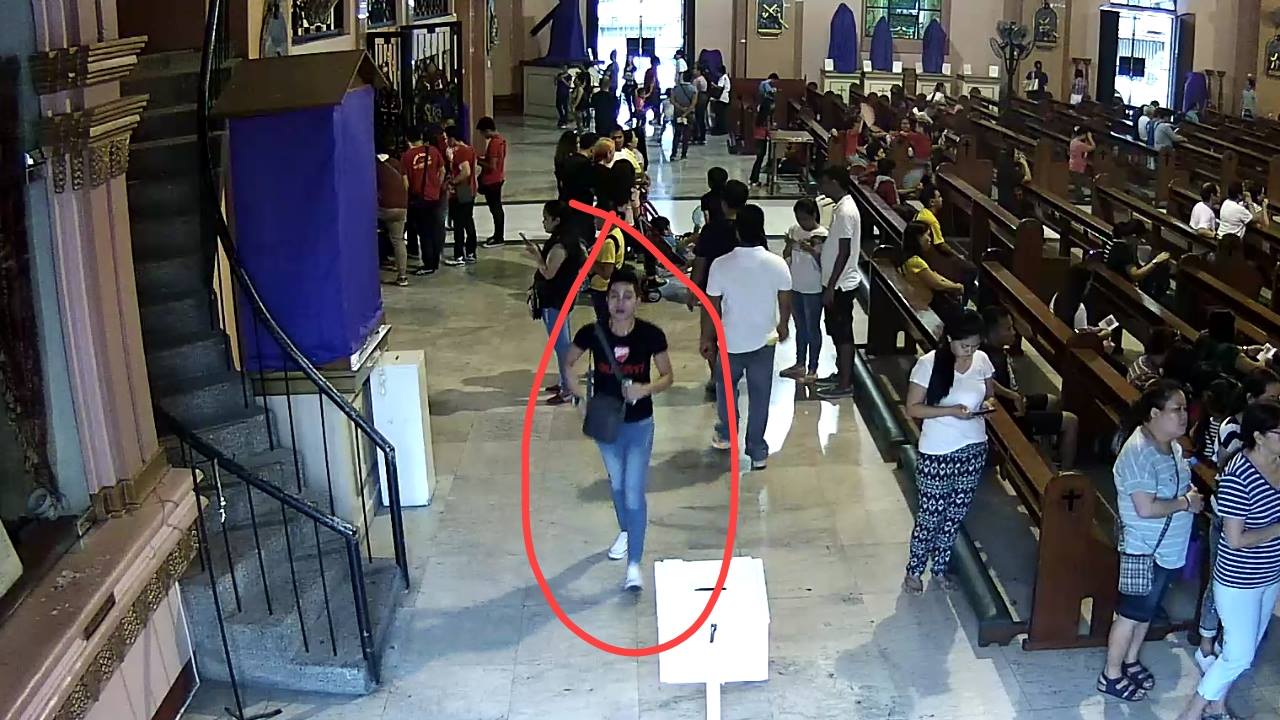 In his Facebook post, Barts warns other netizens not to be careless with their things everywhere they go, even while inside the church, because crooks are everywhere and it is difficult to determine which people are good and which ones are bad since this one was actually well dressed.

He shares a photo of the thief taken directly from the CCTV footage, showing the lanky guy looking dapper in a black t-shirt, denim skinny jeans, and white shoes.

Check out this post by Barts on Facebook, serving as a warning to everyone to be extra careful with their belongings no matter where they are, even inside a church: