By now, you have probably seen the viral photo of what was claimed to be the “first SM in the Philippines”, purportedly taken back in 1958. This photo has gone viral especially considering how far the store chain has gone from being a simple store to being one of the largest chain of malls in Asia and certainly the biggest in the Philippines.

Yet the post made by Facebook user Ted Boykodak is being refuted by Fitz Gerard Villafuerte who claims to be the owner of original photo. Disappointed with how Boykodak used his photo without permission, then creating his own watermark and adding a false label, Villafuerte posted this on Facebook: 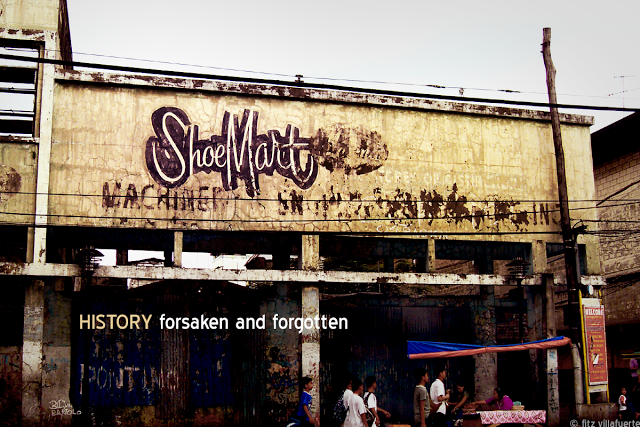 Comparing the two photos, it is clear that Boykodak edited out Villafuerte’s watermark at the bottom and added his own at the top. Villafuerte took the photo and posted it on his blog back in August 2010 yet Boykodak labeled his version as a picture taken from 1958.

Boykodak shared the photo on his Facebook album Balik Tanaw last May 28 but this shot had only recently gone viral and was picked up by several blog sites, until it reached Villafuerte who was shocked to see his photo “bastardized”.

As for Boykodak, he recently added a photo on the album, thanking the people who had supposedly helped him collate the photos and saying the credits for these photos go to these people, not to him. Villafuerte’s name was not included in the list. 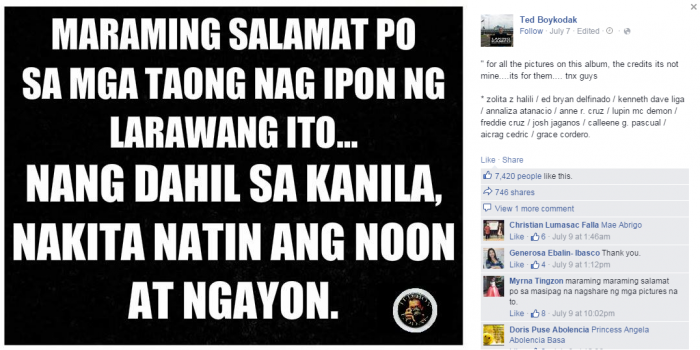 Although passing the credit to these people might be valid, Boykodak did put his watermark on the photos, making it appear like those pictures were his. Villafuerte did not reveal whether he will take legal action against this blatant stealing of his work but only expressed his anger and disappointment over the stolen photo.

Common Mistakes People Make About Photos on the Internet

Most people have this mindset that photos on the internet, especially those posted on social media, are not protected by copyright and could be used anyway they please, anytime they want to, without having to ask permission from the photographer.

Also, many of us think that just because we are in the photo, we are free to use it; however, the photographer actually owns the copyright by default.

Even photos with no watermark or copyright logo are subject to copyright laws! Just because there is no copyright sign, it does not mean the image is not copyrighted!

Many also believe that because they are merely sharing the photo and not making money out of it, then they are free to use it as this would be free advertisement for the photographer, anyway.