Mayon Volcano in Bicol, Philippines is currently erupting. The perfect cone beauty wonder of the Philippines is now the topic of a viral post on Facebook.

Not because of the eruption and how 15,000 are currently being evacuated away from it. But because a Filipino legend, where they say Mayon Volcano came from showed itself by means of the smoke from the eruption. 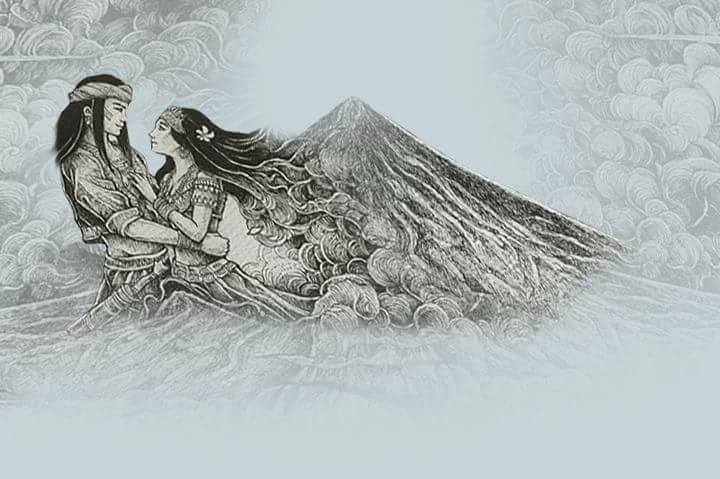 Its “perfect cone” is a thing of beauty. Interestingly, its beauty is laced with a fierce strength that can kill with rage as it is also the most active volcano in the Philippines.

Legend has it that the volcano was named after the legendary princess Daragang Magayon (translated as Beautiful Lady).

The princess was the only daughter of Chief Makusog from the Tribe of Rawis.

Her mother, Diwani, died shortly after giving birth to her.

She grew up to be a very beautiful lady and had captivated the hearts of young men for faraway tribes. Every man tried their best to win her heart but not even the most handsome but haughty Chief Pagtuga, a hunter and is from the Tribe of Iriga. can do so despite giving fabulous gifts to get her attention.

One day, as Daragang Magayon was bathing in the Yawa river, she accidentally slipped on the rocky terrain and fell into the river.  She was so scared and did not know how to swim. That day, a young warrior named Panganoron was passing by and saved her from the river. Eventually, he began to court her and Magayon and her father accepted his proposal.

When Pagtuga knew about the relationship between the two lovers, He kidnapped Chief Makusog, Magayon’s father used it as ransom by asking her to be his wife.

Panganoron got angry and assembled his warriors to join him in the war against Chief Pagtuga.

The war was fierce and breathtaking and everyone witnessed it.

When Panganoron kills Pagtuga, Magayon ran towards her lover to embrace him.

Unbeknownst to her, an arrow was shot by Pagtuga’s warrior and killed Panganoron.

Magayon, cried unabashedly as her lover, he dies in her arms.

As Pagtuga’s warriors surround the lovers, Magayon stood up, took a knife from Panganoron’s side, shouted his name, and she stabbed herself for everyone to see.

Her father buried them together and, as days, months, and years passed when they noticed that the lovers’ burial spot started to shape like a volcano!

Chief Makusog named it Mt. Mayon, after her daughter’s name and when people look at the beauty and rage that is Mayon, they say that Magayon is the volcano and Panganoron is the clouds protecting and surround the beautiful volcano.

Every now and then, when the volcano erupts, they are reminded how Magayon shouted her lover’s name and took her own life to be with him. 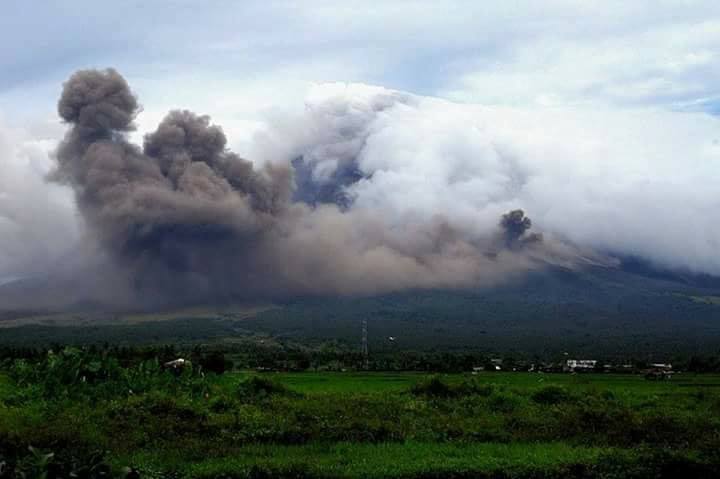 This photo of the smoke went viral and a lot of people saw how the smoke looked like Magayon and Panganoron.

Look at this depiction of how you can see the couple. 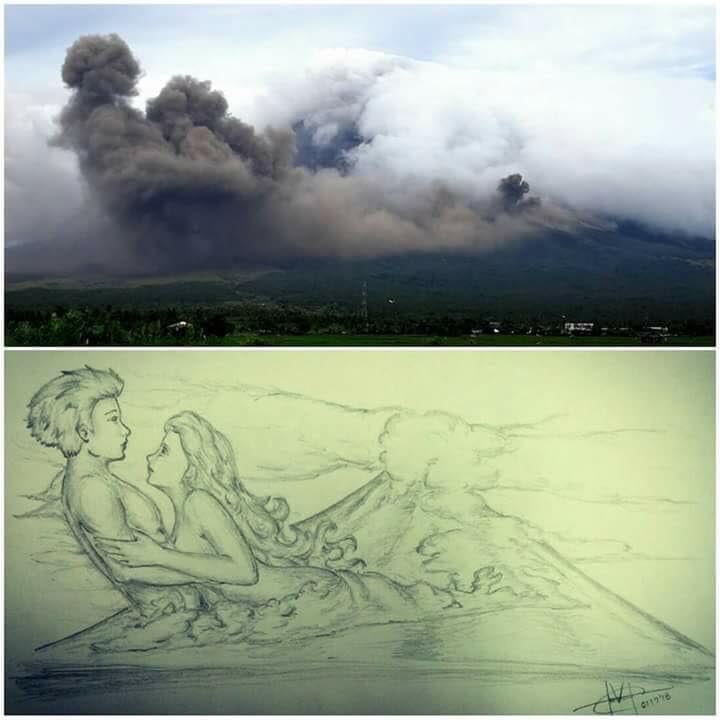 This is also a good artwork wherein the couple is shown. 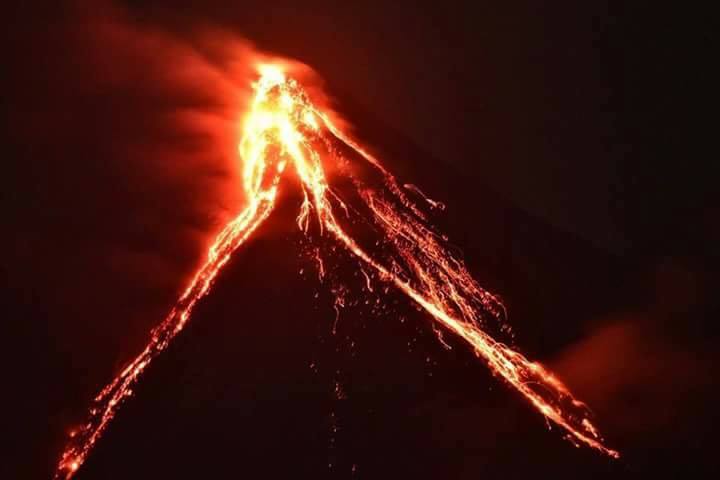 A night shot of the eruption also came up, and in this, you can see how the eruption looks like a woman with long hair facing the other side of the volcano.

Is this really Magayon saying goodbye?

As much as these photos are beautiful and amazing, there are still some people who believe that it is fake, but a screenshot was posted in the comments saying how the photographer stood up and attested that it was not edited. 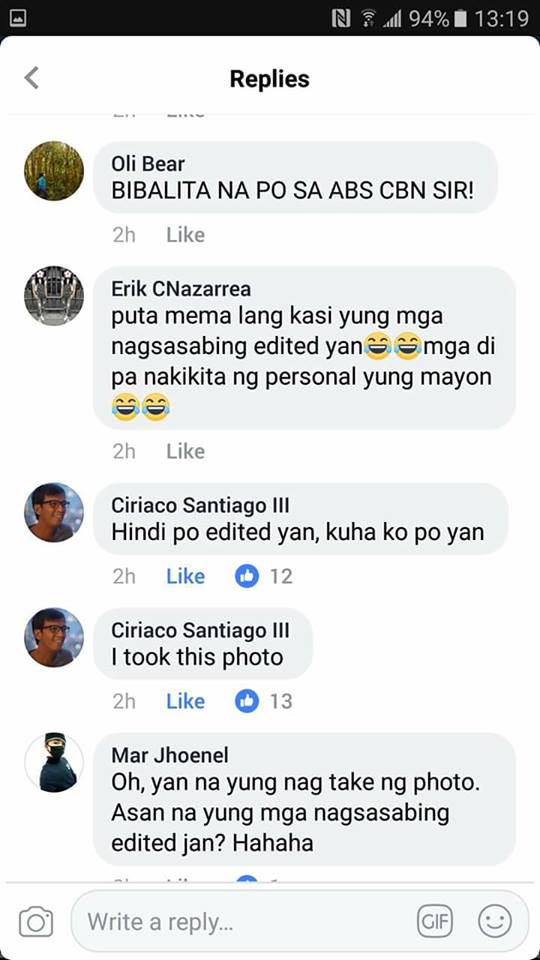 There was even a video in the comments showing the same cloud, I don’t think that could be edited, right?

Nevertheless, whether this is edited or not, don’t you think it is a beautiful reminder of how rich the Philippines is with wonders and legends?