A group of cops from Mt. Pleasant, Tennessee have been getting praises from netizens across the world for going beyond their duty and helping a poor old man.

The 79-year-old disabled man recently dialed 911 and told dispatchers that he hasn’t had a single meal for the past two days. Shortly after the call, the police officers arrived with a few grocery bags in hand.

As it turned out, the officers spent $160 from their personal money. They wanted to ensure that the old man had a food that would last him for at least a month. 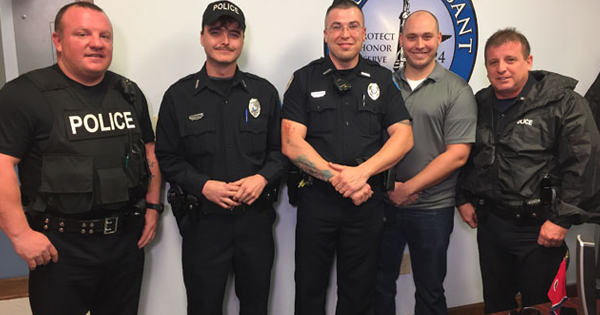 Nathan Bolton, one of the officers, said in an interview with WKRN, “I think he was shocked at the amount of food that we bought and just the fact that it was there without question.”

Mark Billions added “It’s difficult for us to see as police officers. We’re out here to take care of the public at large and that doesn’t always mean stopping a car. Sometimes it’s us doing little things like this.”

The photos of the officers went viral online after it was posted on Facebook. 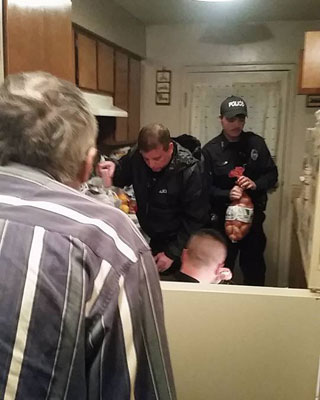 As per the old man’s request, his name was withheld in the WKRN report. He currently lives on a fixed income and depends on his social security benefits. Unfortunately though, a former caretaker stole his debit card last week.

The culprit has since been identified as Tammy Brooks, 36 years old, and was immediately arrested by the authorities. She has been charged with theft and fraudulent use of a debit card. Surveillance cameras showed her using the card at different establishments. She is now serving time at the Maury County Jail.

As for the police officers, they have decided to begin a food pantry to help individuals or families who would be faced in a similar situation like the old man. They are now accepting canned goods and other donations.