Our nails cover our finger tips and toes and are like horn-like envelop made of keratin, a tough protective protein. Even though they are actually made up of dead skin cells, our nails can reveal much about our health. A simple irregularity can help determine if there are any health problems we might be experiencing.

Nail irregularities may be harmless but knowing what they could mean for your health will definitely be helpful. Have you noticed any changes in your nails recently? Here are ten nail irregularities to watch out for. 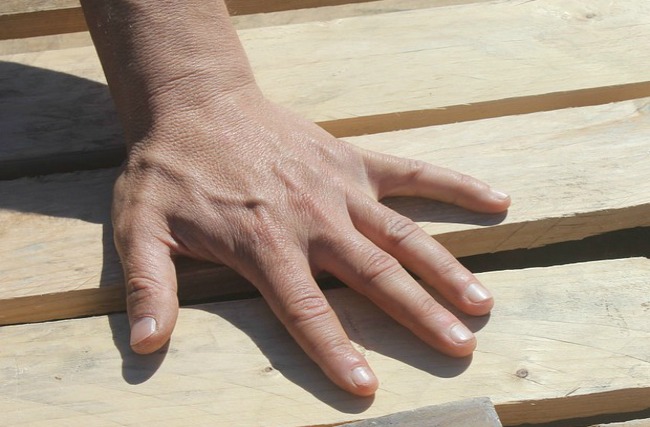 Our nails can say a lot about our health in general.

Extremely pail nails can sometimes be an indication of a grave illness such as congestive heart failure and anemia. It can also be a sign of malnutrition and sometimes, liver disease.

Nails that are generally white with darker edges can be a sign of a liver disease like hepatitis.

Fungal infection may be a cause why nails become yellow.  The nails may thicken and disintegrate and the nail bed may pull back. Yellow nails can show a more serious disease like lung disease, diabetes,  thyroid disease, or psoriasis.

Bluish tinted nails can indicate that the body is not getting sufficient oxygen.  This may be caused by a lung disease like emphysema.  Heart diseases may also be linked with bluish nails.

Rippled nails may indicate early signs of inflammatory arthritis or psoriasis.  The skin beneath the nail may also appear to be reddish-brown.

Brittle and dry nails that often splits or cracks are usually linked to thyroid disease.  If split or cracked nails is accompanied by a yellowish tint, it may also be caused by a fungal infection.

Inflammation of the nail fold is indicated by the skin around the nail appearing puffy and red.  This may also indicate another connective tissue disorder or lupus.

Dark lines under the nail may indicate a very dangerous kind of skin cancer which is melanoma.

An indication of persistent anxiety is the habit of nail biting.  Obsessive compulsive mental disorder could also be associated with nail picking or biting.

The nails are described as clubbing when the fingertips become enlarged and the nails curve downward. This can be a sign of low oxygen and is associated with lung disease. When nails are clubbing, it can be also related to other more serious health problems like kidney disease or heart disease.

While these symptoms can reveal something about our health in general, these are only the first signs about the changes in our health. It is still best to see a doctor or a dermatologist if you notice any changes in your nails that can be symptom of a more serious health problem.