19 year old Kaleena Pysher placed her baby for adoption but she made a decision to ship her breast milk for her daughter. Her story made headlines and she was admired for her effort to provide her baby a healthy start in life. Pysher’s pro-breastfeeding message was known worldwide as her story went viral.

Recently, Pysher visited her daughter Raylie, and was with the adoptive family for five days for Raylie’s first birthday. She says that although she doesn’t talk much with her daughter’s adoptive parents because she is busy with her work and college schedule, they keep her updated of Raylie’s visits to the doctor. They also send her pictures and videos of Raylie. 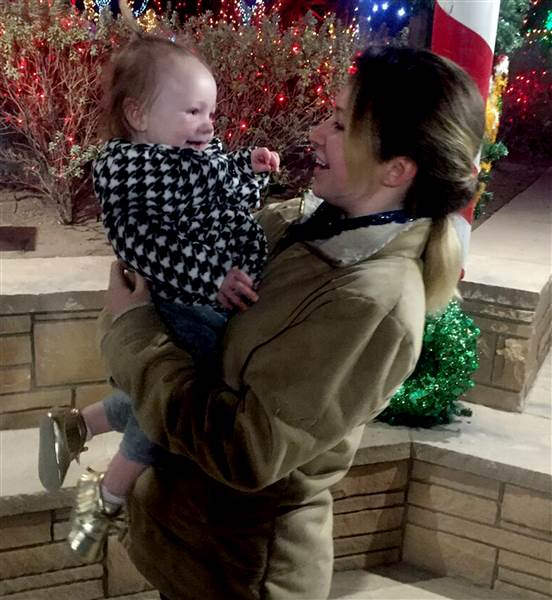 Pysher said that when she got pregnant as a teenager, people told her abort or keep the baby instead of giving her away for adoption. However, she made decision to have Raylie adopted.

Moreover, Pysher said that placing her daughter with that family was the best choice she ever made and she never felt sorry for that decision. She further said that when she saw Raylie, she didn’t feel the mother-daughter bond. She instead felt like she was glancing at a friend’s daughter, which for her was her unconscious way of protecting herself from being hurt if her daughter may not want to be a part of her life.

Pysher said that when her daughter is older, she wants her to be comfortable to ask about why she had given her away for adoption. She also hopes that her daughter will be proud of her and recognize her as her birth mother.

My hope for Raylie is that she will grow to be an intelligent young woman who knows that so many people love her. I hope she’ll follow her dreams without hesitation, that she’ll be proud of being adopted, and that she’ll have a full life, rich with laughter, joy and hope.

Why is breast milk best for babies?

Breast milk is best for babies for many reasons. It provides the ideal nutrition for infants by having a perfect mix of all the nutrients they need to grow. Breast milk is more easily digested compared with infant formula and it even contains antibodies that help babies fight off bacteria and viruses. Studies have also proven that when babies consume breast milk, it lowers their risk risk of developing allergies and even asthma. Moreover, babies who were exclusively fed with breast milk on their first 6 months have fewer ear infections, respiratory illnesses and diarrhea. Babies fed with breast milk also have fewer trips to the doctor and have fewer hospitalizations.