A 19-year-old teen, who developed a rare condition called Complex Regional Pain Syndrome following an ingrown toenail removal, had to undergo a surgery to amputate her leg.

In 2012, Hannah Moore had her ingrown toenail surgically removed after months of discomfort. However, days after the minor surgery, Moore experienced agonizing pain on her right leg despite no sign of infection. In fact, the slightest touch of a blanket on her right leg left her in tears. 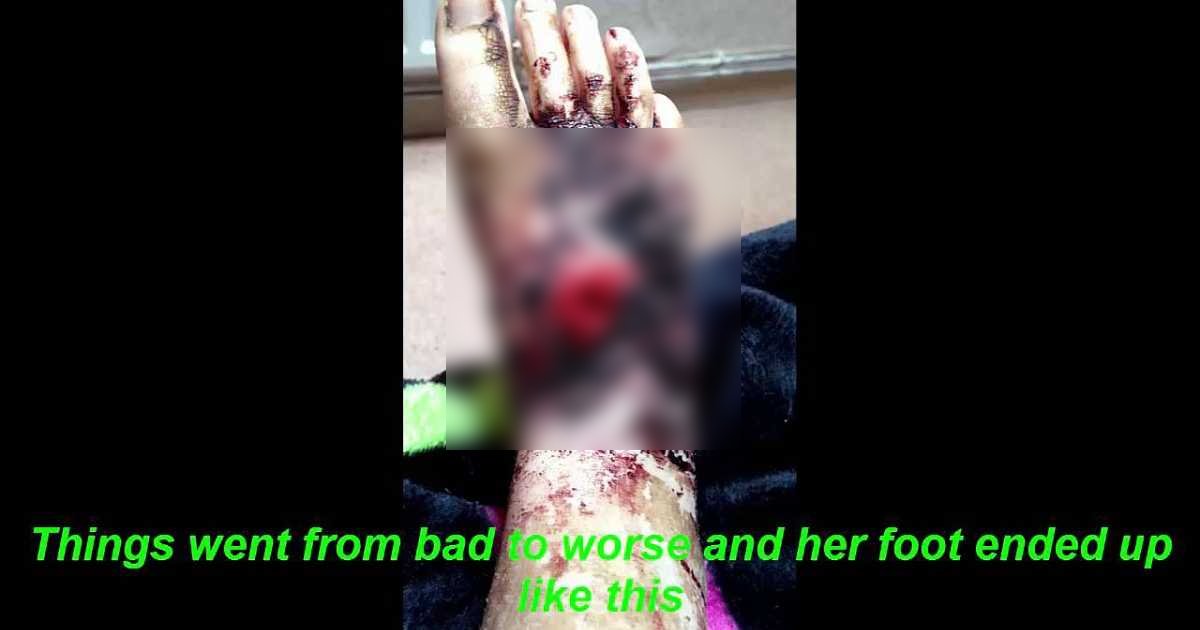 Doctors eventually found out that the unbearable pain Moore was experiencing was brought about by complex regional pain syndrome (CRPS), a rare condition triggered by her minor surgery.

Aside from causing tremendous pain, the condition also caused her foot to turn black and scaly. Eventually, a flesh eating hole emerged in the middle of her foot.

Years of unsuccessful treatments had left her without a choice but to have her limb amputated on July 18 despite doctor’s opposition on her brave decision. Although Moore was warned that the pain could come back in the remaining part of her right leg, she decided to take the risk.

Moore told The Daily Mail UK: “I couldn’t be happier now that I’ve had my leg amputated, I wasn’t scared I was excited.”

“The past three years have been an absolute nightmare, it’s amazing how much my life changed just because of an ingrown toenail,” she added.

According to Moore, she doesn’t regret spending £5,000 for the surgery as the NHS refused to fund the operation. Moore said that her huge decision changed her life as she has been pain-free since the operation.

What is complex regional pain syndrome?

Also known as reflex sympathetic dystrophy syndrome, complex regional pain syndrome or CRPS is a chronic pain condition in which high levels of nerve impulses are set to an affected site.

Symptoms include burning pain, swelling and stiffness in affected joints, motor disability, changes in nail and hair growth pattern, and skin changes. There is no cure for CRPS.