Teen wrestler Malik Stewart was a very strong contender in the Minnesota state championships but it was Mitchell McKee who emerged as victor.

Everyone, including Malik, knew the story behind Mitchell’s determination to win – because his dad was diagnosed with cancer some months prior to the championships; thus, he wanted to make his dad proud and happy so he ramped up his training.

All that hard work and extra training hours paid off because despite Malik’s strength and rigid training, Mitchell came out as the winner. 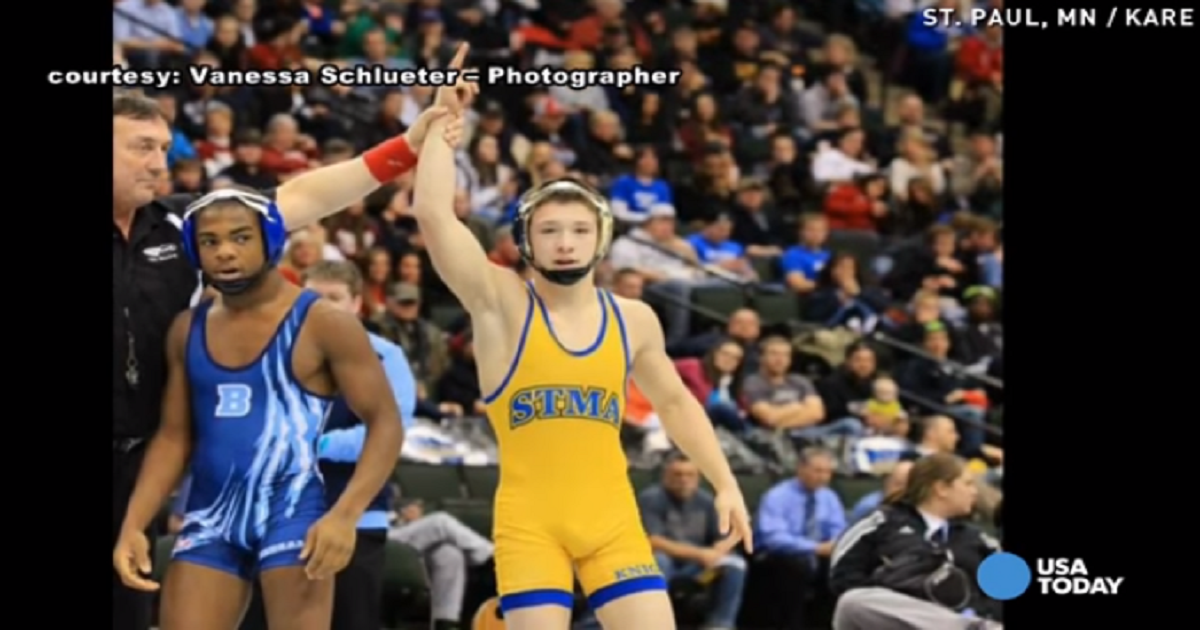 After the winners were announced, Mitchell’s dad could be seen proudly beaming at his son’s achievement while Malik looked a bit forlorn after losing the match to Mitchell yet instead of running off towards his coach and changing his clothes or facing his family, Malik gave Mitchell a congratulatory hug.

But that was not all! Malik walked purposefully towards Mitchell’s dad and also hugged the old man! The crowd went wild and rose on their feet as Malik paid tribute to Mitchell’s dad, congratulating the cancer-stricken dad. 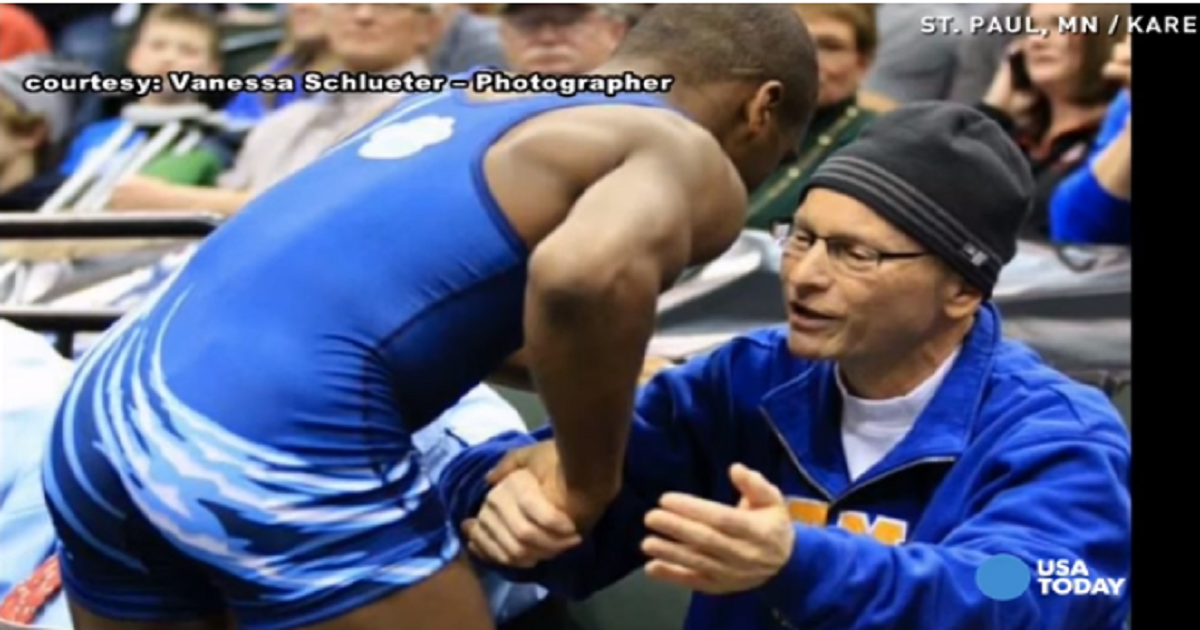 Many people would tell him afterwards that what he did was ‘pretty classy’ and they admired his great sportsmanship as well.

Malik would later admit that he was not thinking about earning the crowd’s approval but did it from the bottom of his heart. Moreover, he revealed that he understood what Mitchell was going through because he had lost his dad; though not to cancer but to a heart attack.

He knew firsthand just how it feels to lose a father; thus, despite losing the championship to Mitchell, Malik also feels proud of the other teen’s achievements. Truly, both Mitchell and Malik are admirable!

We hope you guys do not change and that you will grow to be strong, wonderful men…