She’s just 19 years old and her grandfather, Dan Davis, is 60 – yet this did not stop Victoria Davis from offering him one of her kidneys because he is sick.

Diagnosed with polycystic kidney disease, Grandpa Dan has to receive a transplant or else he would have to regularly undergo dialysis.

Upon learning about this situation, Victoria quickly volunteered to be her grandpa’s donor so they wouldn’t have to worry about finding one.

Victoria’s grandma was torn between accepting and rejecting her offer, especially considering her young age compared with her grandpa’s age but the teen keeps insisting that she’s willing to do anything for her grandparents – and if donating her kidney would save her grandpa’s life, she would do it without any hesitation.

Victoria then told her that she will share their conversation on Facebook and ask people to like/share the post. If the total likes/shares will surpass 349k, then grandma would have to allow her to donate her kidney to her grandpa. 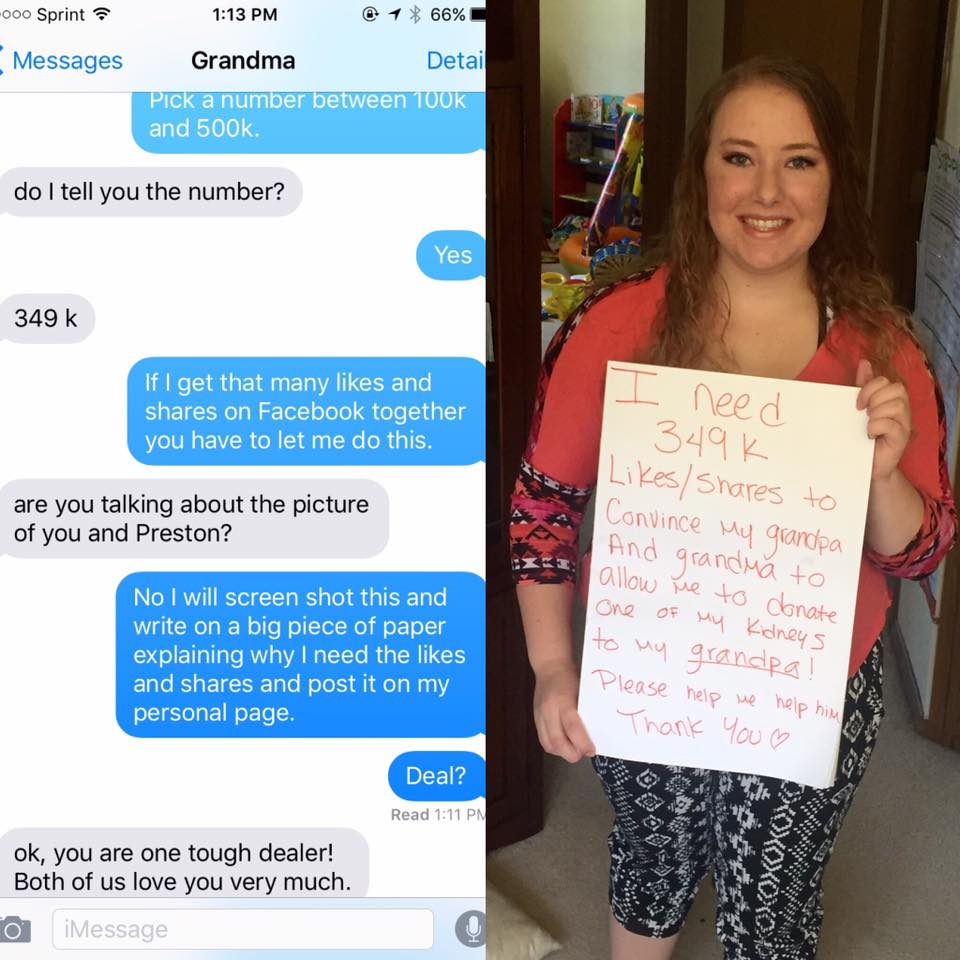 Her grandma called her a ‘tough dealer’ but agreed with the deal. So, on May 6, 2016, Victoria did exactly what she told her grandma she would do – and the response was quite overwhelming!

The post quickly went viral and she was getting so many notifications that she was forced to turn off the notifications on the post though she kept monitoring the progress, of course. By May 8, the post not only has over 522k likes, it also has 86.3k shares! And as her story goes viral, the post is sure to attract more attention in the coming days.

So, grandma has no choice now but to allow Victoria to donate one of her kidneys to her grandpa! Victoria has since updated the post, thanking everyone for their support and saying that people do not have to like/share the post now that her goal has been surpassed but it seems that the numbers are still going to rise.

She also clarified that she’s doing this not for attention but merely to convince her grandma to agree with the donation.

Kudos, Victoria! You are a wonderful granddaughter.