At the age of 13, Mee Khun is considered as one of the fiercest fighters in her age group not only among girls but also boys. In fact, at the tender age of 10, Mee Khun had fought more than 20 female and 70 male opponents. 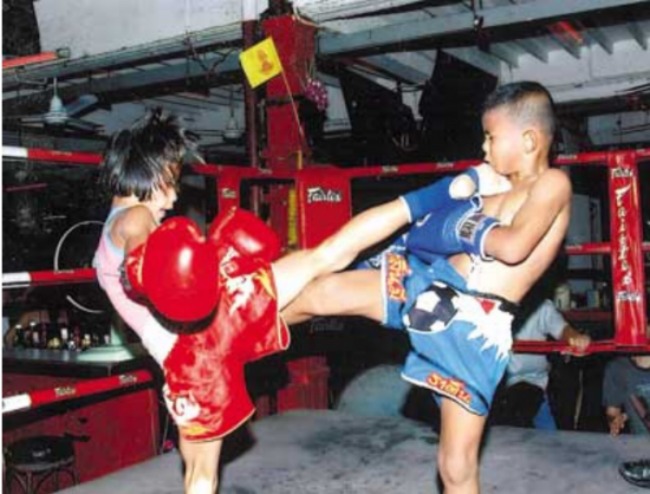 The young girl from Chonburi Province of Thailand started practicing martial arts when she was 7. Her hard work paid off and soon made her a star in the ring.

But when the Thai athletic commission imposed an old rule forbidding co-ed fights from being televised, Mee Khun’s fighting career was threatened.

Since she can’t have a match with boys and girls her age are unwilling to fight her, Mee Khun had to go against female fighters in heavier weight classes. According to renowned Muay Thai fighter Sylbie von Duuglas-Ittu, Mee Khun gets a huge disadvantage fighting these girls.

In an interview with AJ+, Mee Khun said: “I felt sad because I had to stop fighting for a year. It’s not like before. I don’t give it my all when I fight with girls.”

Watch her video below.

What is Muay Thai?

Also known as the art of eight limbs, Muay Thai is a combat sport originating from Thailand that uses  elbows, fists, knees, and shins. It also utilizes techniques such as stand-up striking and clinching.

In Muay Thai, the hands become  the sword and dagger; the shins and forearms act as armour against blows; the elbow is used like a heavy mace or hammer; while the legs and knees serve as the axe and staff.