Just this past week, a number of guys had gone viral over their “Boyfriend for Rent” posts – with some seemingly serious about their offer but others clearly being pranks and joke ads. We’ve seen a lot of these hilarious ads, including one we featured earlier: that of Chinoy guy Agassi Ching.

There were others who also offered special rates and extra offers in hopes of getting clients, such as ‘landi’ (flirting) packages which allows the girl to receive a kiss on the cheeks or lips, depending on the promo chosen. Of course, we assume these are just jokes!

Now, someone decided to go against the trend by offering ‘study date’ packages wherein in flirting is not allowed, only studying. LOL. That’s quite boring, of course, and we’re not sure if there were a lot of bookings but “Teacher for Hire” Manuel Garcia insists that “BAWAL LANDIAN, ARAL LANG TAYO! This is not boyfriend for hire.”

Our guess is that some students would still pick him as excellent boyfriend for hire material because he’s serious about studying – and definitely looks good, too! 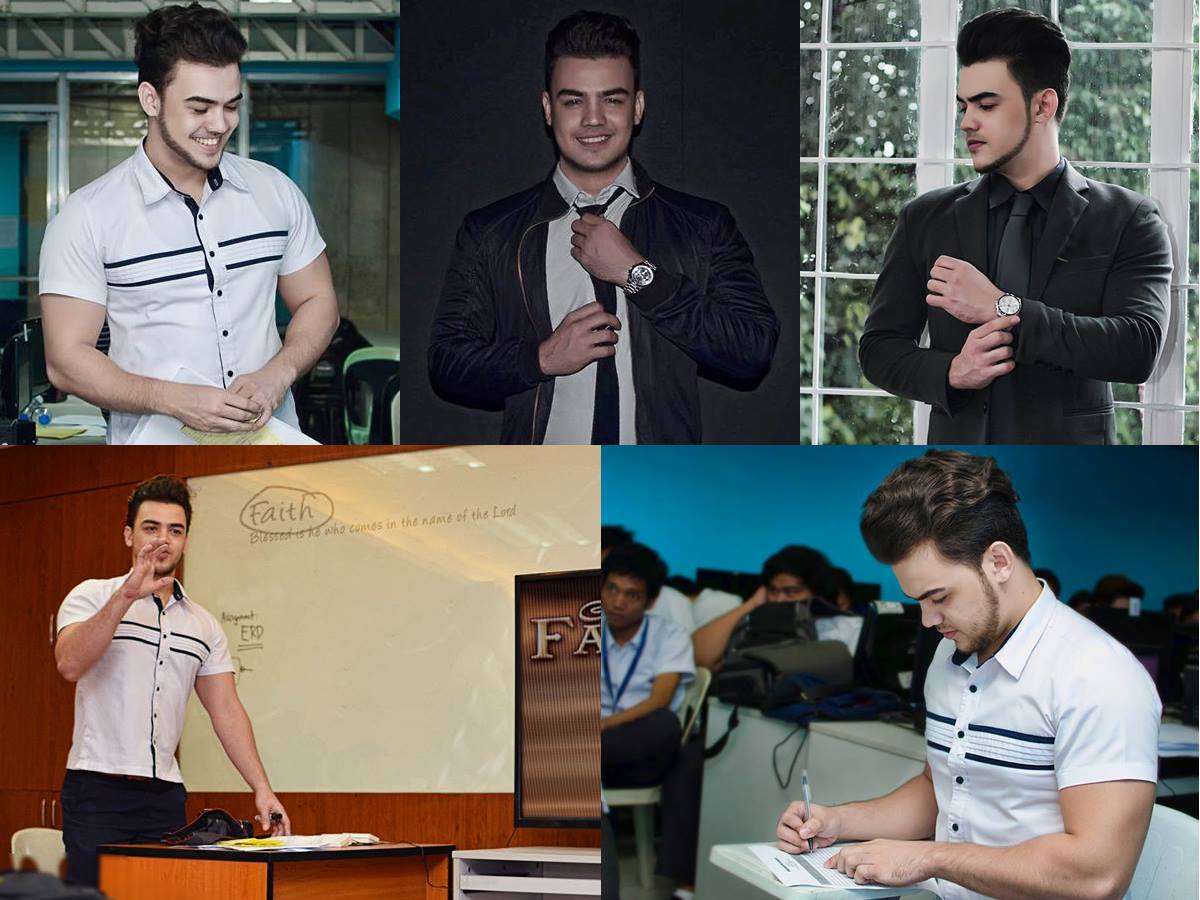 But while his list of “Reasons to choose me” appears rather serious, his study date packages are hilarious.

He offers “The STRICT Teacher Package” at Php500.00/hour, a somewhat boring study date that ensures the date who hires him will learn a lot from the lessons.

The second package is “The COMEDIAN Teacher Package” which comes at 400.00/hour. Garcia promises he’ll entertain his student throughout the study date; although that might mean the lesson will be forgotten. LOL.

His third package is “The MMK Teacher Package” at 800.00/hour. He and his date are supposed to talk about their failed past romances and how their exes betrayed and hurt them.

The last package is “The HUGOT Teacher Package” at 600.00/hour. He promises to ensure there will be so much ‘hugot lines’ that by the end of the lesson, the student would chose to simply move on instead of hearing yet another corny ‘hugot line’. LOL.

What do you think of this “Teacher for Hire” version of the popular “Boyfriend for Hire” internet craze?