A teacher has been punishing one of his students on a daily basis because the boy is always late for school – but although the boy seemed to feel pain in his hands from being struck by a ruler, he still continues to be late every single day.

Wanting to discipline the child and to prevent other kids from copying the habits of the perpetually tardy boy, the teacher continues to mete out punishment on him by hitting his hands with a ruler. Now, that is punishment that is frowned upon in society today but there are still some cultures that actually do it – and such was acceptable in India where the video was created. 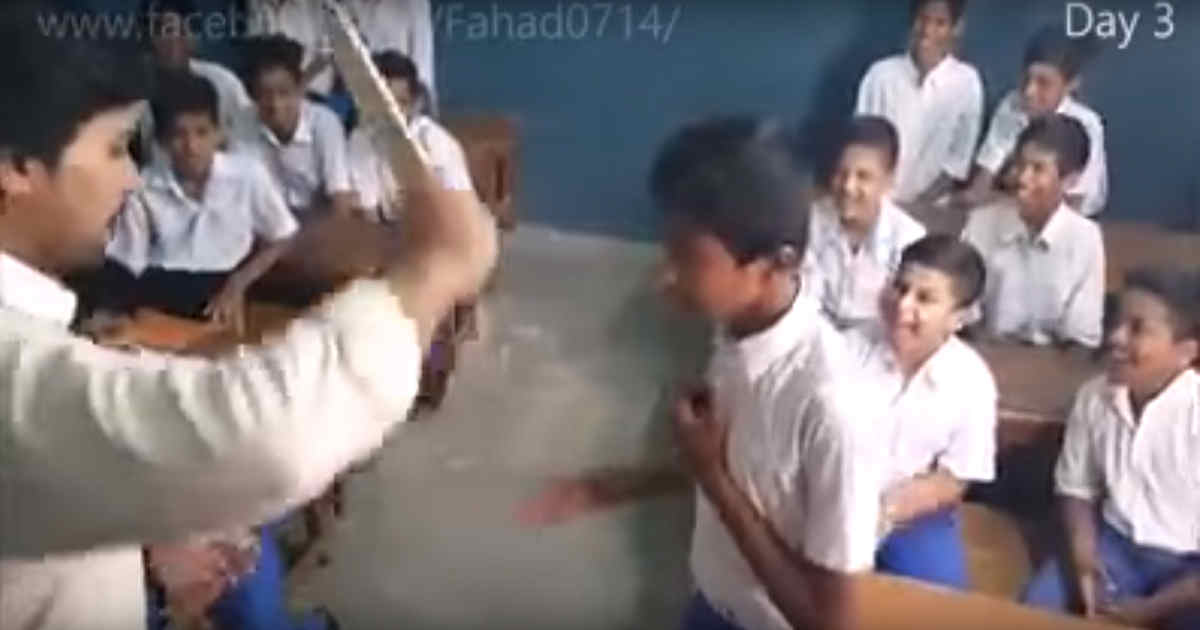 One day, though, the teacher noticed the boy riding a bike early one morning. In his mind, he could not believe that the kid is always late when 1) he’s got a bike and 2) that was still early so the boy had plenty of time to reach school on that bike.

The kid was, however, going the opposite direction from school. So the teacher decided to follow him. It was then that he discovered why the boy was always late: he still has to work every morning, delivering newspapers from house to house on that bike!

Indeed, he had a bike to use for school but he still has to work in his paper route before he gets there – that is why he is always late!

In school later that morning, the boy was, as expected, late again. Upon arrival, he had his hands ready for the teacher to slap with the ruler but the teacher had a change of heart. Instead of hitting the boy, he gave the child a big hug!

Tardy is another term for late.