Policemen are expected to implement and uphold the law, even if it means turning a blind eye from the pleas of those who are poor but had to be apprehended because they broke the law. It is tough but it is something that they must do because it is their sworn duty to uphold the law to serve the country and protect the people.

But one policeman in Taiwan recently went viral after he helped an old woman who was facing hefty fine for operating an illegal sidewalk stall.

In a post on Good Times, it was revealed that many of Taiwan’s sidewalks are filled with market stalls that are actually being operated illegally. Many of these stalls have wheels so the vendors can easily pack up and run away if a policeman begins issuing tickets. 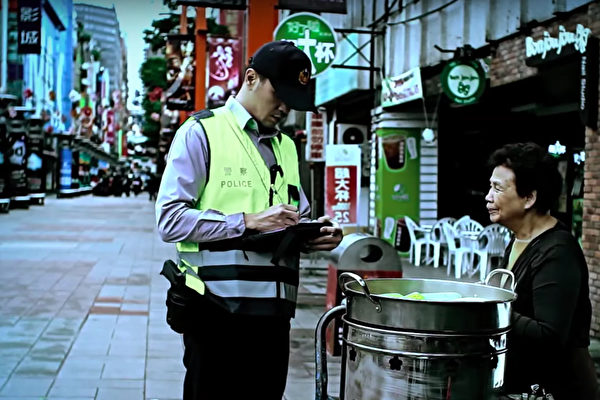 Younger vendors are agile and strong, making it easier for them to run away but older ones often get caught because they just could not move as fast.

One netizen shared a story of a compassionate policeman who helped an old lady in Pingtung County. According to the netizen, they were just walking along the street when the vendors quickly began packing up and pushing their stalls away.

It turned out cops have arrived to catch them, issuing tickets here and there. The netizen overheard an old woman pleading with the cop, asking him not to issue the ticket but he explained to her that what she did was illegal and that he was only doing his job.

The netizen could only watch in sadness as the cop continued writing the ticket, feeling bad about how the old lady’s earnings for the day are just going towards paying the fines. But the policeman turned out to be a compassionate one who would give the old lady 2,000 Taiwan Dollars ($67.40) so she can pay the fine.

The old lady refused to accept the money at first, thinking the policeman might be trying to find some other fault to add more fines but he was genuinely giving her the money. After giving the old lady the money, he turned around and walked away.

Surprised over what happened, the old lady could not help but cry. Meanwhile, the netizen shared the story to praise the kindhearted cop.