This is what three out of five Filipinos believe when it comes to the issue of divorce.

A recent survey conducted by the Social Weather Station (SWS) revealed three out of five or 60% of Pinoys want legalisation of divorce for couples who are “irreconcilably separated”.

In the previous SWS survey in divorce conducted in March 2011, only fifty percent of Filipinos wanted divorce to be legalised in the country.

The latest SWS poll revealed the rise in the number of both men and women favouring the proposition with males rising from 52% in March 2011 to 62%, and females increasing from 49% to 57%.

The respondents who participated in the survey were comprised of the following: 63% are married, 16% have live-in partners, and 21% are single.

Currently, only the Philippines and Vatican City lack divorce laws. 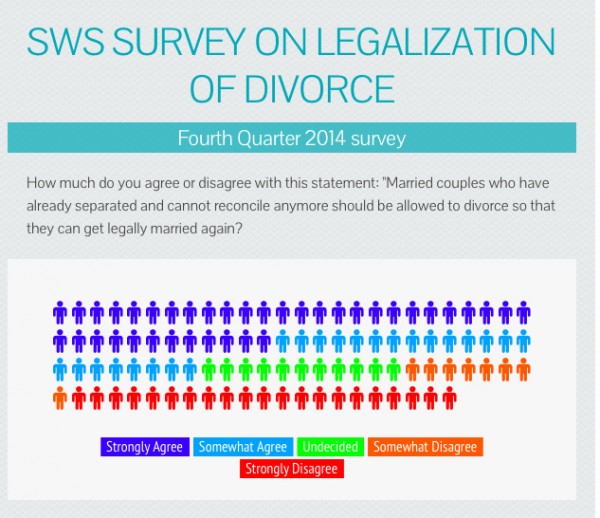 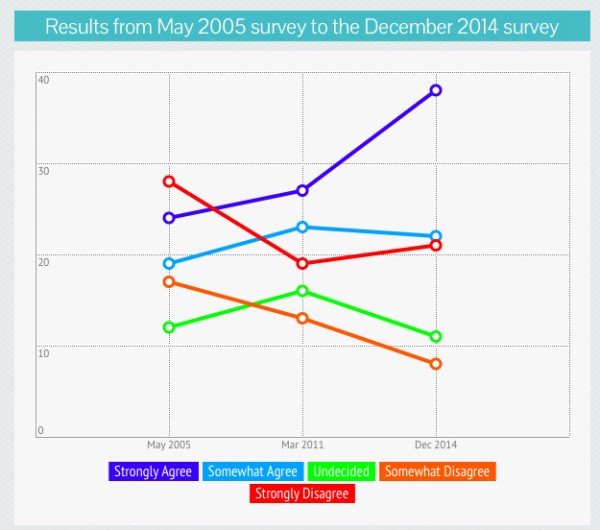 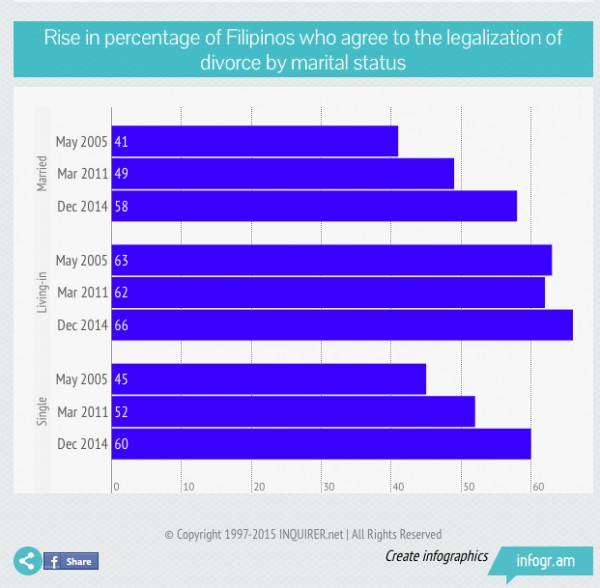 The Philippines’ Take on Divorce

In the country, many married couples who wish to end their marriage legally don’t have the freedom to re-marry because divorce is prohibited in the country.

During the first half of the 20th century, divorce was legal in the Philippines. It was only legally banned in the country after the enactment of the 1949 Civil Code.

Currently, couples who want to get divorced can only resort to annulment, legal separation, and declaration of a nullity of marriage. However, these options do not allow them to have absolute freedom from each other.

University of the Philippines professor emerita Solita Monsod believes the lack of divorce laws in the country is influenced by the Catholic Church.

“It is because of a very powerful and conservative church hierarchy, and the dominance of very conservative segments of the catholic laity.”